What Caliber (and how many) for Asshole? 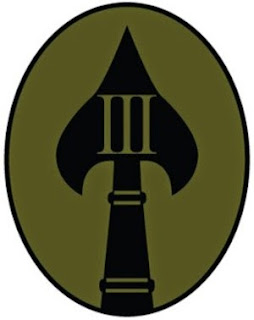 Anyone who claims that establishment Dems aren't trying to take your guns or otherwise infringe your 2A rights can henceforth kiss my ass.

"...those familiar with the legislation say the lawmakers look upon the language as a starting point in negotiations."

Oh, their limitations on ammo purchases are less than a box for any caliber, per 90 day period. So they already know they're full of shit, but trying to come out the gate strong. FUCK THEM. New York sucks in most ways anyhow, but it's a great place to be a gun-carrying criminal.

...and there you have it. A question as to why law-abiding folks like me accept that at some point we will become knowing felons, in the name of a constitution that we understand will in the future no longer apply to us.
That's a terrible thing to acknowledge and accept. I don't want to be a fucking criminal. But I don't want to be a part of a victim class more.


In talking with friends, associates and fellow bloggers,  we've thrown around a question as to how many rounds we should keep in inventory for the guns we have. The 'shocking' numbers that are reported in stockpiles that are owned by criminals are only shocking to our media lords and masters and also the cake-eaters among the coastal liberal elites.

...the closest I've seen to consensus thus far seems to range from 2,500 to 5,000 rounds per gun for normal citizens.

Granted, that number is far higher than it was 8 years ago, you know, back when, even with bans and all, we were governed by a President and not a priest-king, and our representatives still believed that the constitution was a thing.

For me, being cheap, I try to leave one more box per weapon than I started with, every time I go back to work. I'm not yet at the 2,500 mark, but I'll get there and decide then whether or not I'll keep going. 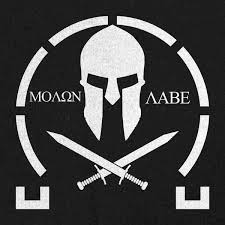 It depends on the caliber and the type of ammo.
22LR is good for small game, so I'd say go for the higher number 5000+ rounds.

Never less than a thousand rounds for your main hunting rifle and for pustols it depends.

Though I will admit that for my old rifle in the uncommon caliber thar 200 rounds is all i'll stock as it's not my rifle of choice.

they say Obama's been the best thing for the NRA since who knows how long?

I think it's a good idea to stay prepared, they ARE trying to eliminate gun rights, guns, ammo and EVERY other way to defend yourself. No, they're not going door to door confiscating weapons (at the moment), but they ARE making it harder and harder to buy, store, use weapons of ALL kinds through quietly making more and more restrictive rules and regulations, raising prices, etc.

As long as a large proportion of the population stays armed (and refuses to register so they can't just come TAKE it all away whenever they feel like it, like in New Orleans), then we still have some small hope of turning things around.

I saw a post this morning where they had changed the wording of the second amendment in a textbook to where it said you ONLY had the right to bear arms IF you belonged to an organized militia! That's how they win, they corrupt the kids with BS and it's all over without a fight. Sad, so so so sad what they've done to this country.

New semiauto ban for hand guns and rifles has been introduced.

Fuck all of them commies! I'd say that you need at least 2,500 for each firearm you own. When I go shoot, it's nothing to blow through 500 rounds of x39 and 223, and 45. I buy anywhere from 500 to 1,000 rounds a month for the ones I shoot quite a bit. You've got to have training allotments set aside separate of your long term stash. That's what I was advised to do by a guy who knows his shit, and his word is gold.

I'm not going to get more specific than this, but I most certainly do agree with you. The real question is to ask what you're going to do when they come to get your guns. That's a hell of a tough call, particularly if you've got a family you love. I decided where my "this far and no farther" line was some time back and I'm ready to make the grabbers pay dearly if they pick me as a target. I came to the conclusion that I'd rather go quickly than slowly since once you're disarmed, someone's going to come along and victimize you anyway. Think Channon Christian and Christopher Newsom.