Early one frigid Sunday morning, two young boys are playing ice hockey on Frog Pond  when a rabid Rottweiler charges one of them. Thinking quickly, the other boy jams the blade of his hockey stick under the dogs collar and twists it, snapping the dog's neck instantly.

A reporter from the Boston Herald runs up. "Young man, I saw the brave thing you did. I'm going to take your picture and put it up in tomorrow's page 1! "Young Bruins fan saves friend from rabid beast."

The boy looks right at him. "But I'm not a Bruins fan."

Again, the boy shakes his head. "I don't like the Red Sox, either. I'm a Yankees fan."

Just lost my shit at a tugboat operator, and cussed him out on the VHF radio.
Never a good idea to do one's laundry in public.

He had it coming though. We're issued personal VHF radios, and I've got another one mounted above my desk... so when the dude in question  toots the horn rather than use the radio while drifting, not doing anything at all, I got heated. I have people trying to sleep, and that big-ass horn is pointed right at 'em, 30 feet away.

One, two toots? Sure. Sometimes deckhands turn down the volume on their radio. Passing arrangements have to be made, I guess. Safety reasons, you use the horn, no problem. But just to avoid using a VHF? No. After a short while wen we're doing fuck all, I got all fussy on the radio myself.

He hasn't blown the horn since, though.

In my days on oil tankers, I was known once or twice to stand in the passageway outside someone's stateroom (bunk room), line up right next to where their bed was on the other side of the bulkhead, and swing a 5lb sledgehammer at the wall and ring their bell. Or, if we were rolling in a swell, to tie a bolt on a string and hang it from their doorknob and let the tick-tick-tick ruin their sleep enough until they got out of bed and opened the door. Do this every hour for 2-3 hours and your point is made.

EDIT:  All's well that ends well. This is a good example of how bad communication leads to butthurt, butthurt leads to frustration, and frustration leads to hissy fits. Had I been home and rested, I'd have certainly handled that better. Still, later on there was an explanation, a mutual apology, and all involved walked away satisfied. At this point I feel slightly sheepish, but loyalty trumps decorum.

Waiting until someone emails or calls me and tells me to get back in my place, peasant. I'm a firm believer in the chain of command, and respect it. I don't, however, bow to any man, period. 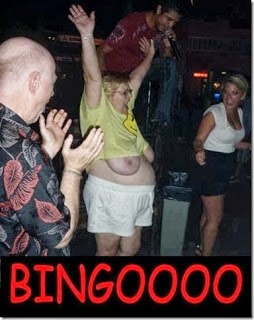 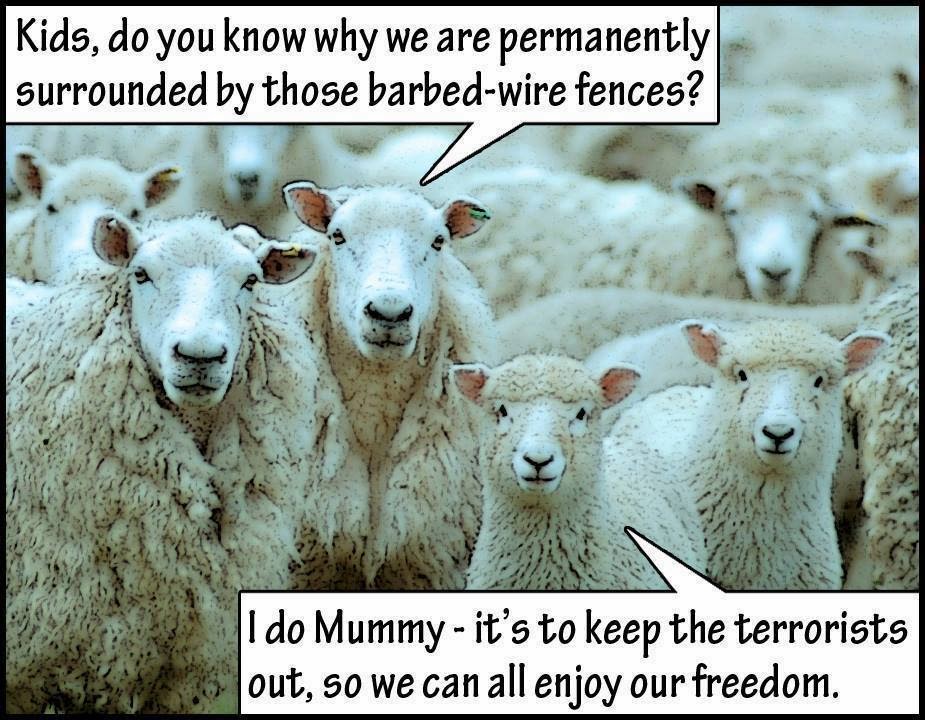 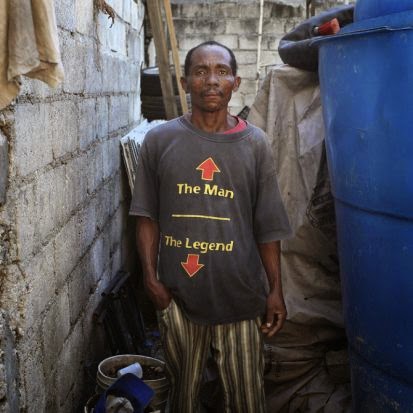 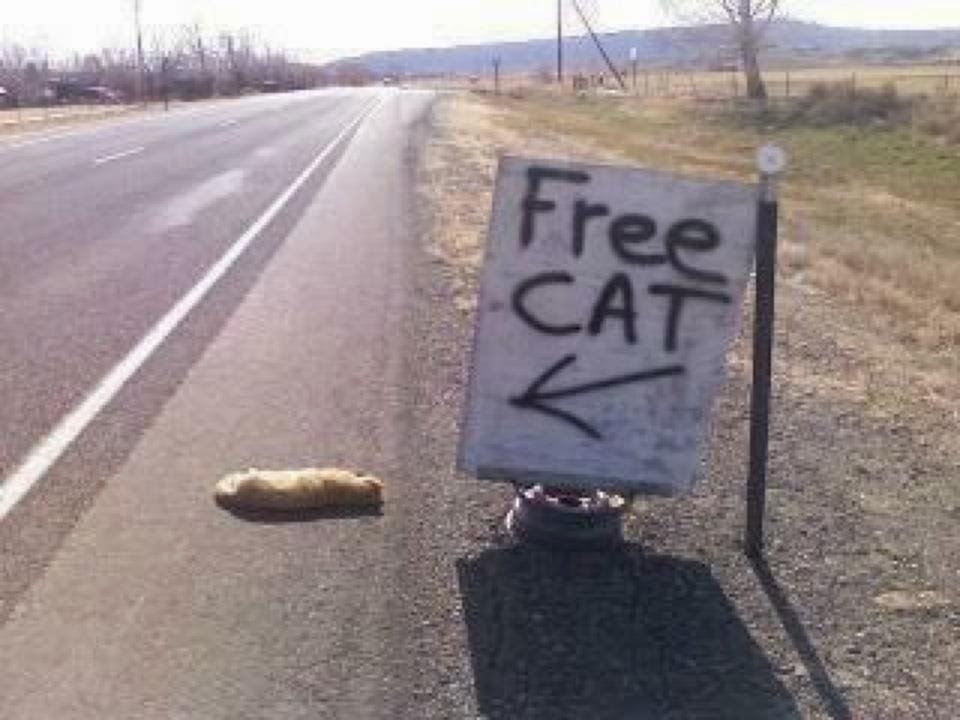 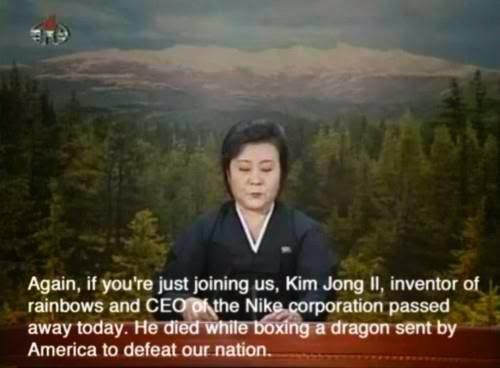 Week  is well underway here at the Afloat Global HQ.  Working hard, not much free time. I'm burning hard, though.  10 days to go, and thank God. Much more and I'll be in danger pulling a Bartleby.
I would prefer not to. How's that for irony?

in which things go a little left-handed

We're having scheduling issues lately here on board HAWSEPIPER's Afloat Global HQ/House of Corrections. Little things that add up over time- nothing I want to address specifically, as it's no big deal, but molehills become mountains when your own ability to deal with logistical issues gets unbalanced. Little boo-boos on the part of shoreside staff become Big Fucking Deals afloat when they don't have to when you've been away from home for too long.

When I started the "Blue Water" blog back in 2003, I was sailing for American Heavy Lift on 120-day tours on a rusty tanker. When I became a permanent employee a few years later, I worked 120 days on/75 off. Granted, I was single then.

Life gets unbalanced- I mistakenly thought that marriage and starting a family would automatically bring work:life balance into a favorable state. Now, fast forward to today, I'm on day 1 of week 9 away from my wife and kid, and the checking account is bulging nicely from the extra time away... and my wife and I are both ill-tempered and struggling with moodiness, both very aware that I'll only be home for 14 days before I come back here for 28 more.

I'm getting older. I'll turn 40 on my next tour. I can't do 120 days. I can't comfortably 'work over' and stay extra, it seems. working 70 days and going home for 14 is becoming toxic. I pray this is the last time.  Joy is scarce on the ground when you work too much and don't wake up next to your wife enough. The little moments out here that I love- seeing new and unusual things, meeting cool new people- it's bland right now.

Goddamn I need to get home. I'm friggin' maudlin.  It's so bloody busy, we're getting hit by gales twice a week, all the fucking snow, and a shit tank on board that is moody like a WASP on her period. It's getting to me.

I volunteered to forego my time home in an effort to prepare for big changes coming up- moving from the 'burbs of Boston to the 'burbs of Miami, specifically.

I hope it's worth it. 2 weeks from now I guess I'll find out. We're leaving to go house-hunting 12 hours after I get home. 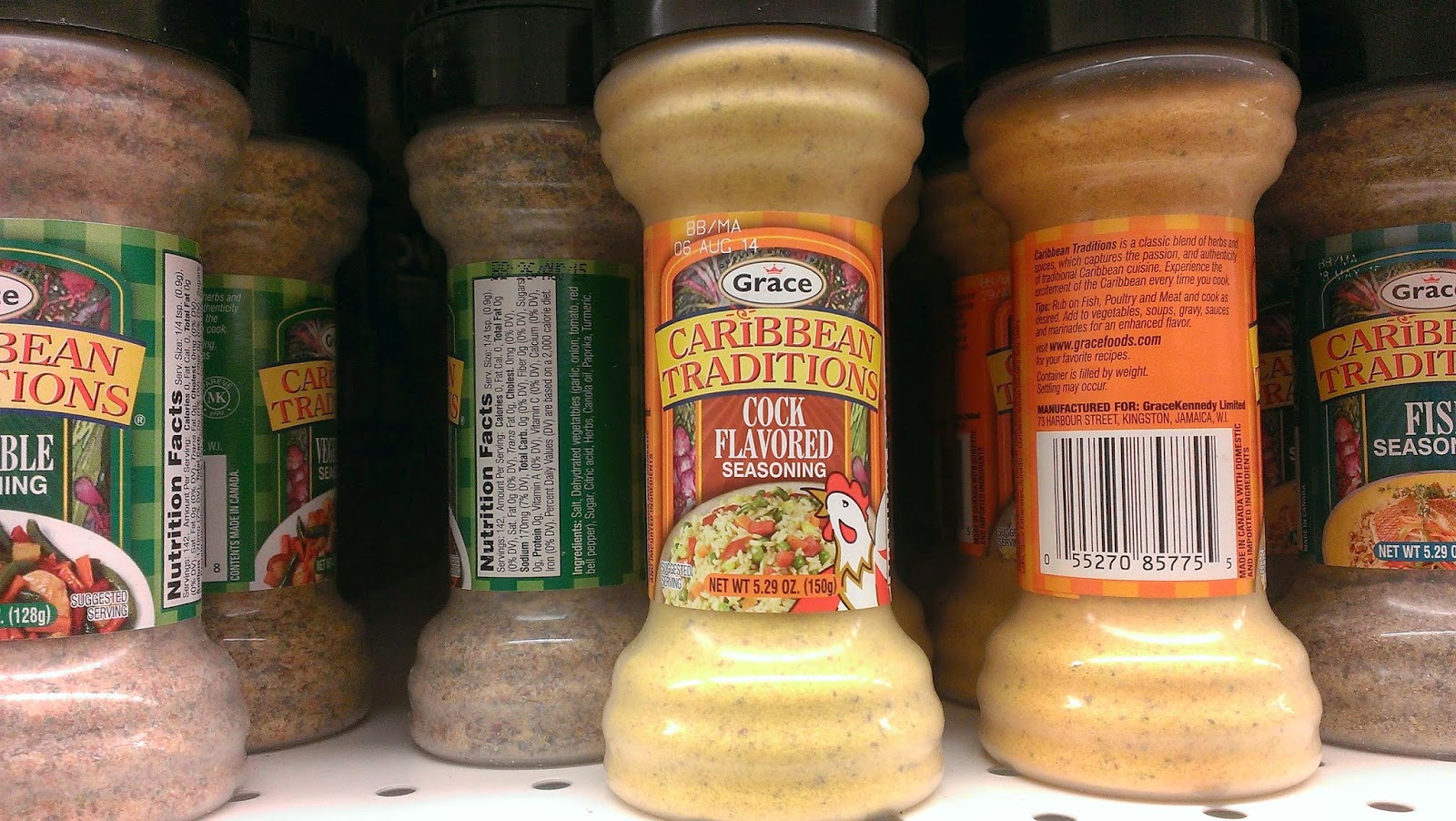 I've got to say, the folks I've been speaking with in my presumptive new community in S. Florida have been fantastic. School staff, the manager at the gated community where I'm looking (no space to stretch out in, but armed guards for the fam whilst I'm at work=one less worry), real estate folks, they all seem super nice.

Contrast that with a few days ago, when the dockman at a tank farm in Bayonne NJ says "What the fuck's good about it?" when I wished him good morning.

Ah well. Here's some giggle-worthy stuff to look at. 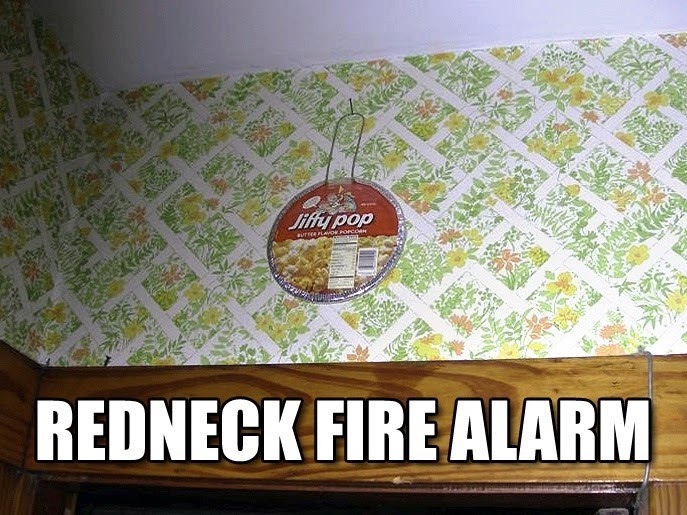 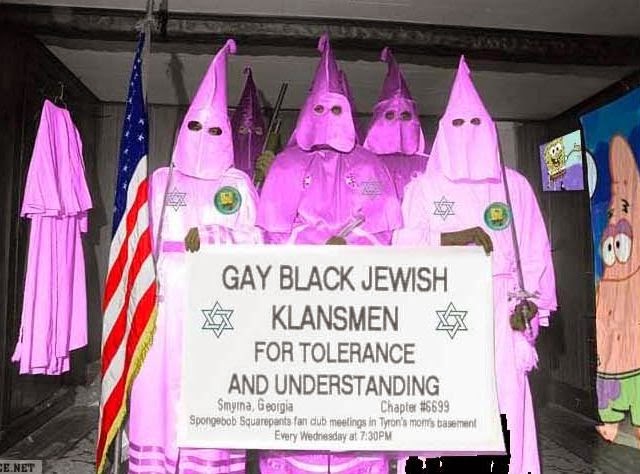 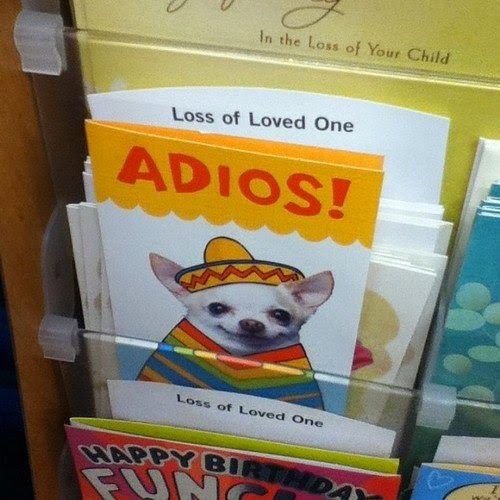 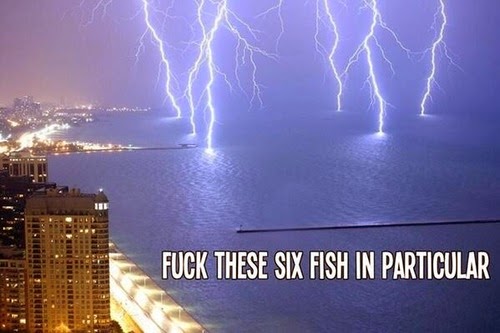 Why, oh why, in the name of the seven mad gods of the sea, did I request to work 10 weeks in a row? It's not like I was asked to work extra. I CALLED THEM.

OK, the money's nice. I swear I can hear my hair falling out, though, every time I get out of bed at eff-this-thirty for watch. And then the damn shit tank went and took a dump, too, spilling unspeakable awfulness into our after rake, the underdeck dry goods storage compartment here at HAWSEPIPER's Afloat Global HQ/Centers Of Unspeakable Smells.

Well, strapping on a respirator and vacuuming out that compartment with a 200 foot long hose at an industrial facility made things easier. Could have been a LOT worse. Could have had to get in there with a wet-dry vac, right?


After being here too long, little stuff gets blown out of proportion. I slightly overcooked a frozen pizza the other night, and almost had a meltdown. I felt embarassed at my own level of butthurt.

I need a few weeks to decompress... and that time is almost here. 7 weeks down, slightly less than 3 to go!

But, yeah, I can totally still smell that funk from the other night. Turning a 50x20x20 foot compartment into a giant diaper pail, and then hanging out in it for a couple of hours is going to mess with anyone's head, I guess.

Weekend cargo looks pretty light. I've got 500 tons of oil to pass along to a ship tomorrow, but then some dingus in the office went and fixed a cargo for us on Monday. I had to be here for last fucking Thanksgiving. I had to be there for Christmas. I'm going to miss my kid's birthday, and mine, and now I have to miss Irish Christmas too.

no more adventure for a bit, thank you.

Well, I would have rather have just gone home, but when I decided to work an extra 2 weeks to pay for the impending move, I got to do some different stuff. I got to go on the icebreaking run up the Hudson to deliver home heating oil to the folks of the Pocanos, then I got to work the early prototype for our new design oil barges currently under construction (having done so, I appreciate the older-type vessels like HAWSEPIPER's Afloat Global HQ. Better and more homey quarters for yours truly.

Anyhow, I'm back Home aboard the HQ, here for the next month before I can actually go home-home. Loaded up on grub, got a good nights' sleep and we're ready to go move some stinky-ass black oil so you, Dear Reader, can have your plastic lawn furniture, IPhones and fresh vegetables delivered to our shores.

Oh, I also had to go ashore in Brooklyn yesterday, so I got a haircut from a muslim from Kazakhstan Call me what you will, but when he held up the straight razor and asked me if I wanted a shave, I felt like the cow must feel when hoofs hit floor at the abattoir. Kid looked like he was about 12, and was as ernest as could be, but I puckered up so hard that I could taste the fabric of the leather chair I was sitting on. Shame on me, I suppose.

after 2 weeks away, I'm back on board my own particular floating pickle barrel, and happy to be back at the HQ. Expect awesomeness, after I get caught up on sleep

Here's something:  Today marks the last day of Ordinary Time, also known as Fat Tuesday. Tomorrow is Ash Wednesday, the start of Lent, when Catholics like moi enter the season of fasting and abstinence prior to Easter. (Well, fasting. I'm on a floating pickle barrel of a boat. Wine and women are verboten, so abstinence is a given).

Lent sucks. It really does. You gotta give up something you enjoy for 40 days, and there are dietary restrictions, as well, if you're healthy and able-bodied.

BUT... fear not. Just as Inappropriately Hot Foreign Wife enriched my wife and brought joy into my life by introducing me to a whole new culture and way of life. so too, I am sharing this joy with you... wait for it...

Brazil's 2014 Carnival season wraps up today. Check back here often and oftener for pictures. Even though you and I couldn't be there this year, we have God's gift to men, the Web, for some second-hand ogling of Brazil's celebration. Stay tuned. 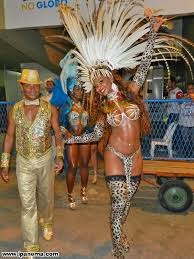 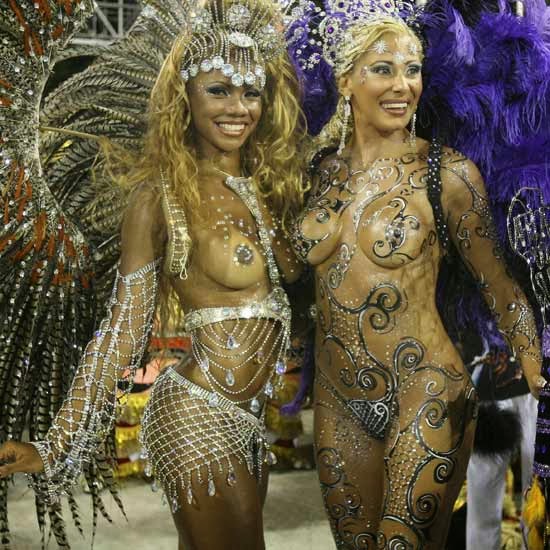 Ice is not nice (part 4 of the trilogy) 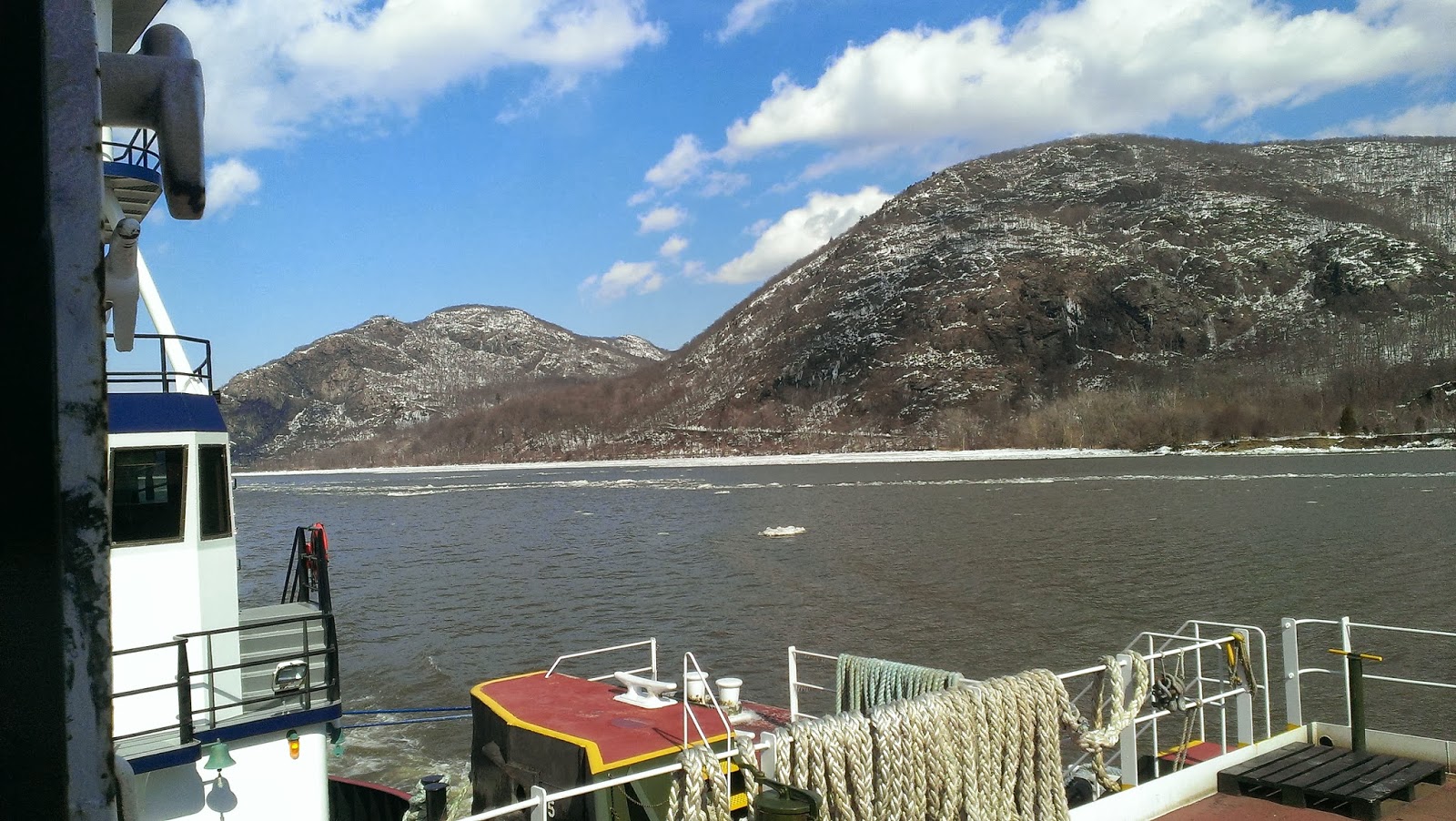 On our way up north. Cutting through rime ice sounds much like standing directly behind a jet engine. 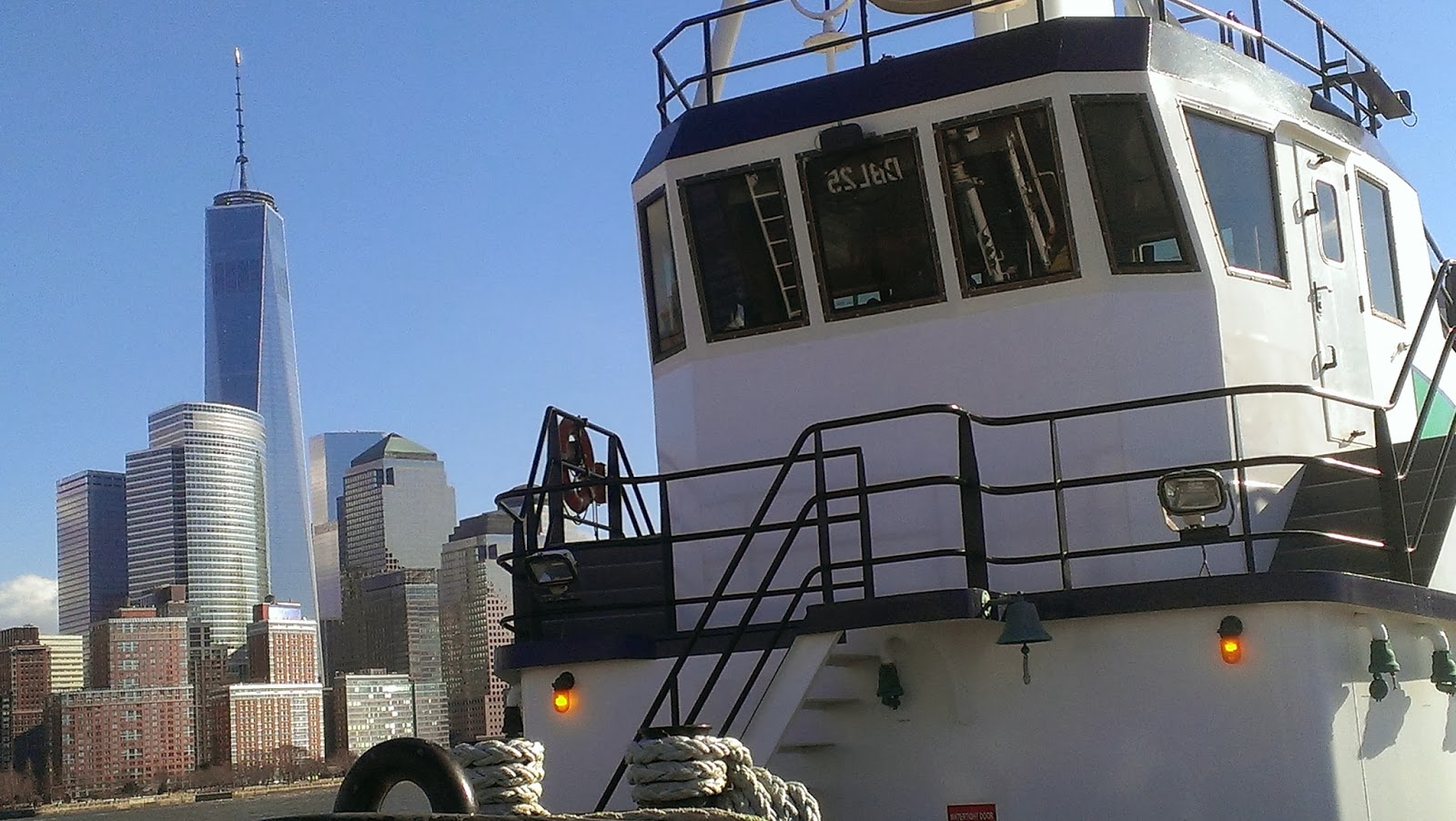