So, I'm happy to report that I'm down 55lbs from the day I started my new diet. Things are working well there. I can see things that I couldn't see for a while without a mirror and/or a backache. 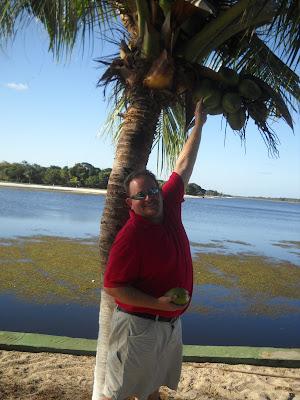 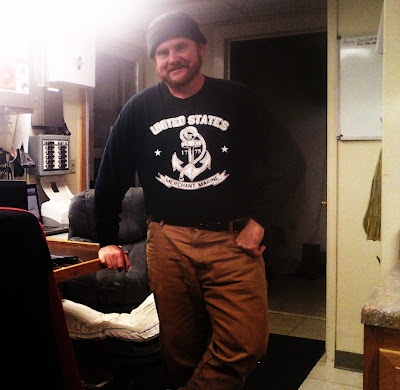 
But, that's not why I called you all here. I found some old pictures taken from before I became a brown-water sailor, aboard the ancient and mighty king of rustbuckets, the SS New River. Look: 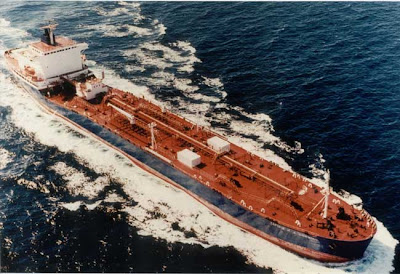 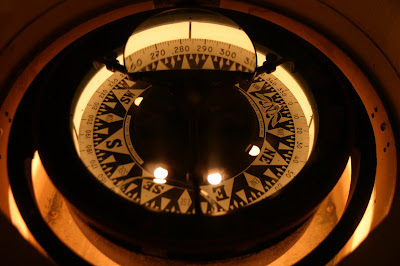 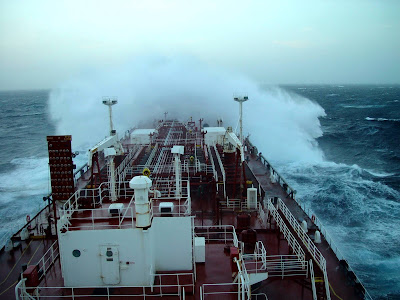 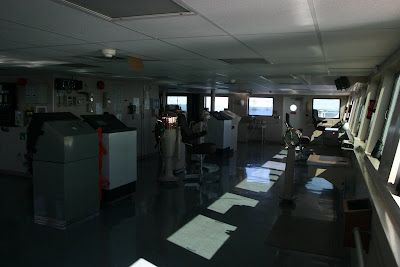 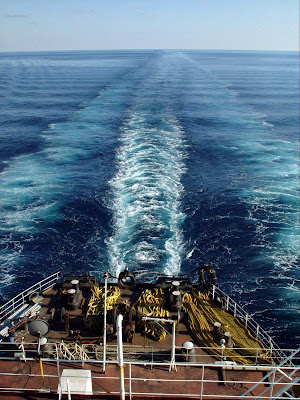 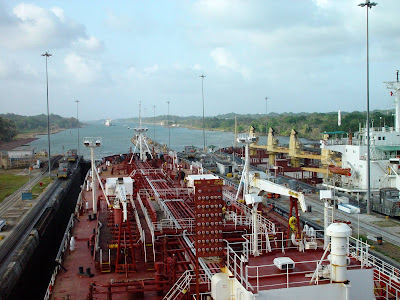 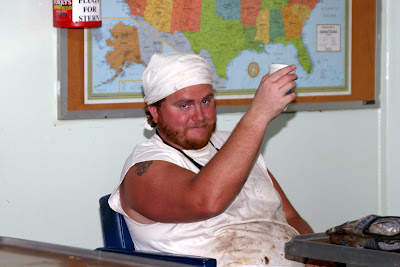 After a grueling watch spent mostly on deck in snow and freezing rain, nothing, but nothing puts me in the Halloween spirit like doing it again in the dark. All this Global Warming is killing me. We've got a couple of inches of Climate Change on deck already, and here it is October 29th.
Never mind the bushiness of squirrel's tails or what the Farmers' Almanac says. My bruises (from falling on a section of deck that some dope didn't paint with nonskid paint) say it's going to be a long winter.
Posted by Paul, Dammit! at 8:07 PM No comments:

This is the sort of thing you're missing out on by not linking to my facebook page, where people I work with don't get to look inside my twisted mind.
Posted by Paul, Dammit! at 7:45 AM 2 comments:

Tonight's watch has been one of my better watches. When things get busy, idle time on board is at a premium, so it was with some relief when I woke up to discover that the cargo discharge planned for this evening had been pushed back. This gave me time to do paperwork properly at my desk (as opposed to hunched over a countertop, trying to chop vegetables, make a salad, (eating healthy takes longer, which is probably why our microwave has more wear marks than Madonna's inner thighs.), sign my name on 20 documents and fill out the many,many tax forms that go along with moving oil into foreign hands, answer the phone and email the office). I also got to walk the deck and perform my weekly inspection, then I went inside, cooked dinner and watched 'the Expendables," which was like taking 90 minutes of my life and wiping my ass with it, but with more explosions. Seriously, if you haven't seen that movie, everything explodes, everywhere. The end.

I also cut a new notch into my belt the other night. Not because I got laid, but even better, because my waistline is now 6 inches smaller than it was on August 1.
Posted by Paul, Dammit! at 7:37 PM 1 comment:

you have two more wishes... 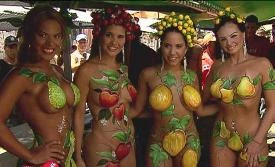 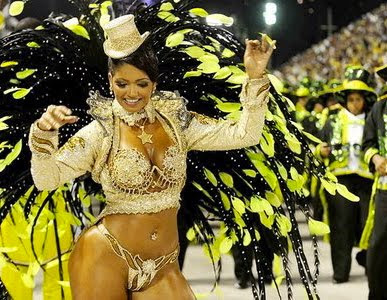 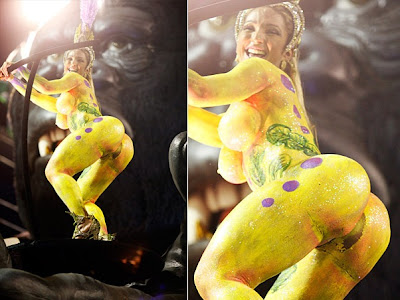 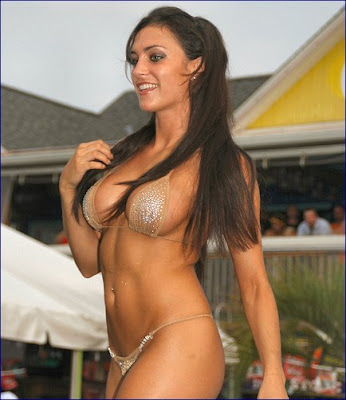 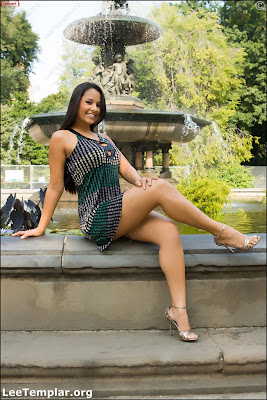 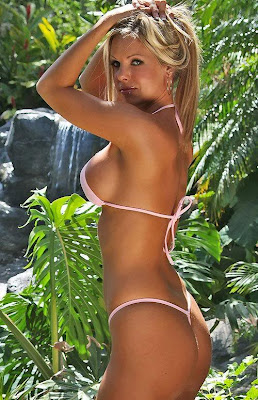 Now that we're on the downhill side of October, thoughts here turn towards warmer places, so here are this month's women from Brazil.
Posted by Paul, Dammit! at 12:28 AM 2 comments: 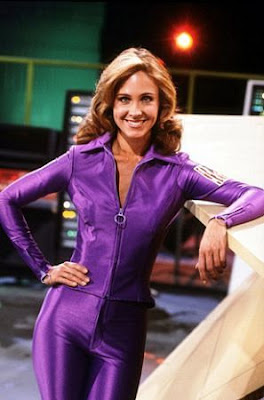 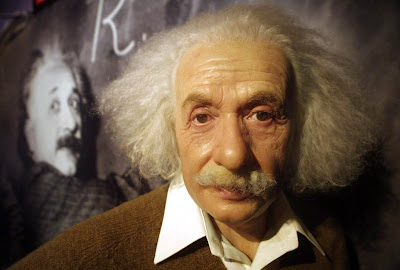 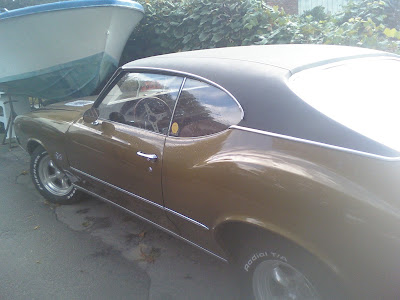 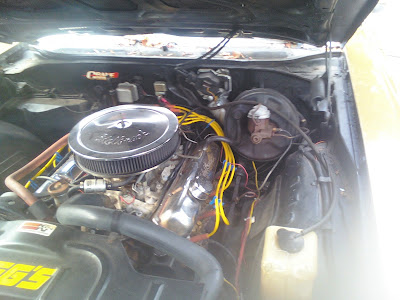 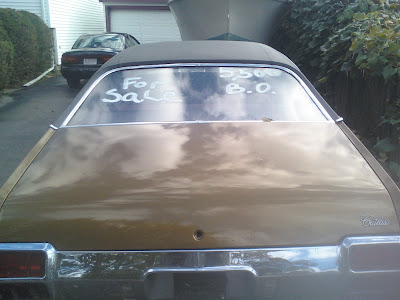 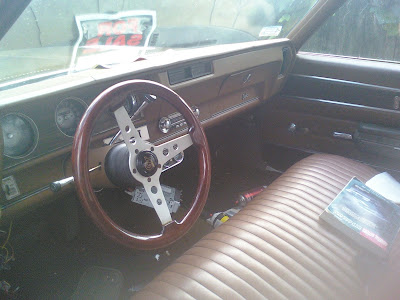 If anyone's interested, and willing to go to Massachusetts for pickup, here is a lovely 1072 Oldsmobile Cutlass, with a modified 350 rocket engine, currently configured to produce in the range of 400hp, which can easily be modified to go far higher. The car has a metallic gold finish, a restored interior (original w/ an 8-track player, plus an upgraded stereo slung under the dash). The front grille needs to be rechromed, she needs a new lock on the trunk, and the front end could use a rebuild in the next year or two. This is my big brother's car, and he wants it gone ASAP. $5,500 or best offer. Anyone interested, please email me.
Posted by Paul, Dammit! at 6:56 PM 2 comments:

3 good weekends in a row. This weekend we sat at anchor and cleaned up the place, which was a serious mess, but now approaching Bristol Fashion. Last weekend I was in Maine, having a wonderful time, but got involved in an issue that prevents me from writing about it too much until the dust settles. Awesome time, anyhow. Weekend before was a getaway with the Mrs.

All of my last 3 weekends had some bad mixed in with the good, but, on balance, were wholly positive. Weekend in VT included unscheduled off-roading because the roads were gone. Maine had the thing that shall not be named yet, but which will make a great post when it is not prejudicial to write about. And this weekend? Well, the wind backed hard, just this evening after sundown. The wind swung fast enough that we were still facing the current and taking the wind dead astern, which I didn't notice right away when I stepped aft for a much-deserved pee over the stern. Which was directly into the wind. You'd think, sensitive parts in the wind would notice, but no. Not really.

Anyhow, thank goodness I didn't have any asparagus.
Posted by Paul, Dammit! at 4:32 PM No comments:

I've been working extra weeks out here on Steel Beach for a while now.

When my Inappropriately Hot Foreign Wife successfully guilted me into a world-class and life-altering vacation to Brazil earlier this year, I started 'working over,' filing in on tugboats and oil barges when I was supposed to be home relaxing on my scheduled time off. This had the tripartite effects of adding to the bank accounts, weight gain for me, and the beginning of what I suspect could have been depression had there not been an intervention.
Now that Brazil is just a memory, and Ye Olde Chequing Accounte has finished hemorrhaging my hard-earned shekels, for the first time in 9 months, I worked a mere 28 days and went home for the next 14.
And it was good.
Our time off started with a romantic weekend in Vermont. I was already patting myself on the back for coming up with this- my boy was to stay with his Aunt, Uncle and nephews, and Inappropriately Hot Foreign Wife and I had our first ever solo weekend together.
Whoops, forgot about Irene.
Turns out, while I was getting damp about the ears from hurricane Irene, Vermont got nuked. I never knew.
The ride to the mountain Inn and spa was pretty and also romantic. Until we came to the washed-out bridge and saw the busy and inspiring level of activity that Vermont has pulled out in their reconstruction efforts. So, rerouting around a mountain pass, we found another closed road. What followed was a 3-hour tour that culminated in a drive up and down a mountain (unpaved) road and, eventually, to the inn. Which was nice, and quiet. Then it rained all weekend, which killed my plans of horseback riding, but had the ancillary benefit of a good excuse to stay in the jacuzzi and drink.
So the romantic weekend was a bit of a draw, what with the environmental damage, but we met some great local folks, and had some nice 1-on-1 time.
Fast forward another 2 days and I was up in Maine.
In my undergrad days, I worked in Downeast Maine at a remote biological field station along the Canadian maritime border. Later, after I changed careers, I became close friends with the chief mate on my ship, who was from the same area. So, for the past almost 20 years, I've been coming up to Maine to blow off steam. More drinking, more outdoorsy stuff. Last week was the most fun I've had in years. Since Inappropriately Hot Foreign Wife is reluctant to put on less-than 4" heels, downeast Maine isn't really the place for her. I went up for a weekend of manly activities- hiking, fishing, eating drinking, lighting things on fire and drinking more, you get the idea. It was awesome.
So, in my 14 days home, I actually spent 5 days at home. I packed a lot of living into my time off. Isn't that what we're supposed to do?
Posted by Paul, Dammit! at 6:04 AM 2 comments:

Back aboard here at work. Spent 2 weeks of intensive activity while I was off, including some quality time with the fam. More later.
Posted by Paul, Dammit! at 5:57 AM No comments: