on being the bad guy 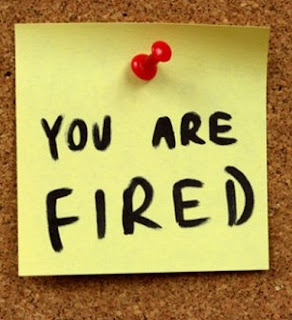 One of my good friends out here runs a barge that is chartered long-term to an oil major.

Now, let me back up. HAWSEPIPER's Afloat Global HQ/Centers for Excellence in All Things Except Maybe Enthusiasm During the Holidays plays the spot market- that is, all the local oil suppliers keep tabs on us, and, when a job comes up for bid and my company picks it up, we're a known quantity to both my company and the supplier, and they send us out to do the job for a fee.  For this reason, both my company and the suppliers periodically send vetters aboard, people whose job it is to make sure we're up to everyone's standard in terms of practice and compliance towards all standards of operation.

Now, the alternative is for a vessel to be chartered exclusively by a single oil company. In that situation, the oil company has exclusive access rights to use of the vessel- instead of competing for work, the vessel just stands by until the supplier sends orders out to go and do something, and in this case, the boat gets paid whether or not they're working. Well, that's a bit simple, but you get the idea.

Now, my friend has a reputation for being able to handle demanding charters- not all are equal. Some companies have policies and procedures that are mariner-friendly, others micro-manage and have esoteric paperwork volumes and processes, and others have rabidly-strict policies that are done for their own reason but not necessarily the most conducive to employee happiness. Well, sometimes it's the small things- I once got fussed at for writing with a blue pen, but whatever, they sign the checks that pay for the checks I sign, and so it goes.

So my friend also frequently gets trainees and evaluees aboard, too. He's a good teacher.

We do not get trainees on board the HQ all that often. First off, we have nowhere to berth them, and second, neither I nor B, my opposite, have the correct personality type to enjoy training someone.

A tankerman trainee is like a Jedi's padawan- he's got to mirror you and learn the hundred subtle things and dozen or so major ones that make up doing the job competently. Other than bathroom breaks, a trainee is with you from the moment you sign onto the watch until you're relieved. You end up cooking, eating, working and taking breaks together, and all this on deck or in a very small living space, regardless of how much you might or might not enjoy the others' company.
... and that's the part we don't like on here. I like to be alone, and find that explaining myself detracts from my quality-of-life out here- while I have actual experience lecturing on esoterica long ago, I'm not talking about chloride cell function in salmon gills or population models for sea urchins (honest, that was the shit that I used to be into). Being a good tankerman, like any mid-level position that combines labor and management, is about creating a mileau of professional conduct and standards to idiot-proof operations as a buffer against errors that inevitably come up at the worst times. It's absolutely not rocket science- it's repetition, knowledge of policy, procedure and law, and dynamic behavioral and situational awareness.
Much ado about not much, really. "Ya gotta know the contract, know the job and know your boat (or barge)."   It absolutely ain't rocket science, but the difference between skating by and doing a decent job depends on how well you channel your inner Rain Man.

So, yeah, it's not for everyone. Being a plebe-level tankerman is not an elite position. It can be a good job for loners, the mildly autistic and folks with OCD. It requires more brainwork than being a deckhand or AB, certainly, but can also breed laziness and sloth, and both of these issues can be troublesome.

Now, my friend is a people person. I am too, but I'm someone who likes small groups and, after a time, retreating to solitude- I've got about a 2-hour limit on how long I really enjoy social meetings. More than that and I'll probably look for alcohol or an activity to keep me from retreating inside my own head, neither of which is appropriate for a tanker vessel, so you might see where babysitting a trainee might become a strain.

Now, my company is as prone as any towards promoting people to their maximum level of incompetence. Not every sailor is destined to be captain, of course, but sometimes men who don't have the mental wherewithal or personality fit are encouraged to become tankermen just to get them out of someone's hair... and this isn't a bad thing, for the most part, as sometimes a little push out of the nest will encourage a hidebound personality to pick up new skills and discover a latent talent or preference for doing something other than what they've always been doing.

...but not every deckhand is destined to be a tankerman. And my friend, an experienced trainer, had a guy recently who, after an average amount of time,  just wasn't able to put together the confluence of information input and behavioral output necessary to be left alone to stand watch. When asked by the white-shirted man from the office whether or not the trainee was ready to be released into the unassigned tankerman pool, my friend had to say 'not yet,' knowing that it would probably mean that this very nice man would be demoted. The alternative, saying yes, while often carried out, has resulted in some spectacular disasters, but more frequently results in chronic bad behavior and performance as others try to pick up the slack for the sake of their boat's performance. Ultimately, a disservice to all involved... and my friend wasn't ready to do that to the man in question, hoping, ultimately, that he might be given time with a new trainer who might continue the process.

Well, the person in question was demoted, and demoralized, of course, and we commiserated, as this was a fine shipmate, a great guy who just wasn't there yet. One big difference between being a tankerman vs a tugboater or ship crew is that relationships with shipmates are a critical part of our well-being. A ship can absorb the effect of having an asshole or a sea lawyer or an under-performing person aboard. We can't. We live in very close quarters and in much smaller numbers, so there's just less people to pick up the slack. Vessel-specific training is absolutely critical to us, and the impact of having a right-hand man who is struggling makes it absolutely impossible to have peace whether you're on deck or in the rack, and our job is especially prone to accidents related to error chains. The million little details get muddied when you're doing both your job and that of the guy who is supposed to be supporting you.
And believe me, at raft-ups or at shared berths, tankermen talk about each other. We gossip like a group of women over reputations, disasters, personalities, etc. We're not above bitching, but whiners are slut-shamed more than any other group. Rather than crab-basket ourselves as a group, pushing others down, we tend towards encouraging the rising tide that will lift all boats.

Well at any rate, however bad we felt for the guy who got demoted, my friend made the right choice. I wish the man in question had been farmed out to another trainer, to see if a different personality type could season him up some,  but I'm not privy to the reasoning behind decisions made in the office, and I'm sure as shit not volunteering. I'd offer to pay my company NOT to give me trainees, if it came down to it.
Posted by Paul, Dammit! at 10:40 PM

Not a bad guy. He did the trainee a favor not letting him get into a position where the trainee would forever be trying to catch up with the situation.

When I was in the USN training for the nuclear navy we washed ~30% out of the academic phase and another 30% during the practical watch qual phase. We started with the top 2% of enlisted sailors so these were smart guys,just not able to keep up with plant evolutions or predict the effects of operating changes.

I imagine it is the same thing with you, your watch standers have to know what normal variations look like and still catch the early signs a delivery is about to go pear-shaped to prevent problems.

Big boats still need Wipers and some fit into that slot remarkably well.