Well, just a few more watches here, and then it looks like I'm going to go be a deckhand on a tugboat for a week, which will be something different for me. Despite working for a tug-and-barge company for 8+ years now, I know little about tugboats, really, beyond what I pick up in conversation with crew and having read a few books on it. Really, not the visceral stuff that makes the difference between a sailor and a tugboat sailor. So I have a chance to maybe address that knowledge gap, just a little.

In the meanwhile though I've still got a couple of watches here and I can say that while I like gasoline service and the positives involved, like the cleanliness and predictability of moving from dock to dock to dock, I still prefer the ballet and conflict of bunker service. It's just more my speed. I'm pretty beat at this point. I have a lot of little bruises and scrapes from working with unfamiliar gear and the increased size of my current barge compared to the HQ, which is rugged but smaller and more manageable.

I am finding that old skills and old training comes back readily enough. It's been 8 years since I did gasoline service on a similar barge, and the old knowledge does come back. The longer voyages are nice, too. Currently we're heading 6 hours away from the loading dock to anchor prior to discharging later today. It's peaceful and not at all the breakneck hectic rush that bunkering requires. When you have 10 minutes to print and fill out about 15pages of forms, that shit stresses you out. None of that here.

Well, nothing too exciting to report. We'll see what happens mid-week.

This week I'm 'working over,' which means that I'm on my scheduled off time, but am working anyhow. Since I took a week off to ride out hurricane Irma, I decided to work rather than go home on my regular time off. The work was available, and it gives me a chance to keep in coffers full.

For whatever reason, I was placed on a clean oil barge, something I haven't done in I think about 8 years.

Clean oil service is actually quite a bit easier than bunker work, which is my usual m.o. It's mostly dock-to-dock and closed gauging, which means that the tanks are physically kept closed for the most part, and vapors are collected and burnt off by the terminal when loading, so there's no pervasive and eye-watering stink that is associated with black oil. Good thing, too, as gasoline, which is what we're carrying, has far more VOC's (volitile organic compounds) that are hazardous or harmful, compared to the relatively tame but still not healthful vapors of bunker fuel. Both are dangerous and unhealthy. Gasoline moreso, so there's greater emphasis on containment of vapors.

End of the day, it's much of a muchness compared to my usual work. Oh, it's cleaner, much cleaner work, and there's no ships and foreign ships' crews to deal with. The schedule is generally less breakneck and far less chaotic. It's actually pretty nice.

Nice isn't high up on my list of things I have to have, though. Truth is, I could see this getting awful boring before too long. One week isn't very long, I don't have much to worry about there. Things are unfamiliar enough that I have to be more vigilant and mindful of the differences between what I'm doing and what I normally do, so my stress level is up, which is not  a bad thing. Increased vigilance. Still, it's not rocket science and there aren't a million charterer-specific rules that I have to parse when dealing with the half-dozen companies who own the oil that I normally carry. There's ONE charterer on board this barge, and they have their rules, which are mostly the same as everyone else's... and don't get me started on the paperwork! Oh, so nice here. 3 pages of documentation. Bunkering, each load produces a half-inch thick sandwich of tax forms, declarations, MSDS's, contracts, pro-forma declarations, etc etc etc. Wasn't always that way, of course. Bunkering required about 4-5 pages just 5 years ago. Progress, my aunt Fanny, I guess.

I can't say as I know enough to really know what the next 6 days will hold. Either way, it's something different, and given my recent feelings of work getting somewhat dull, this is to the good.

Something to brighten up your day. Warm thoughts. 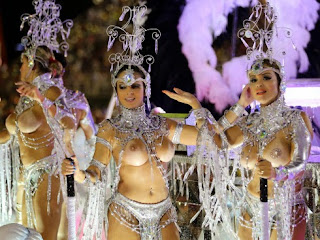 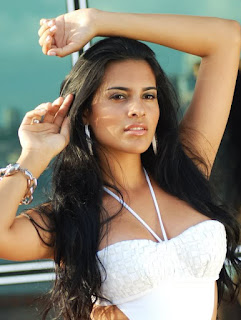 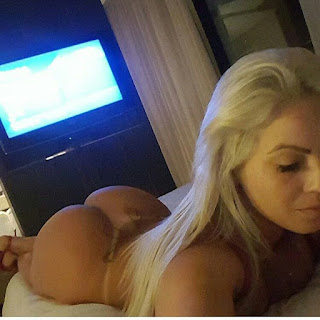 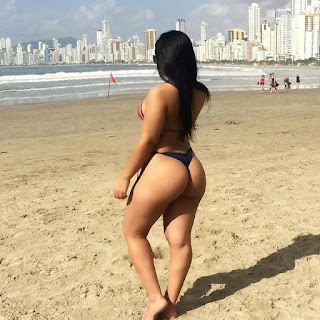 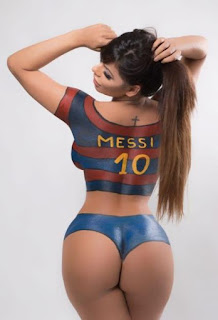 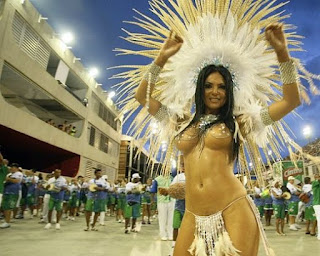 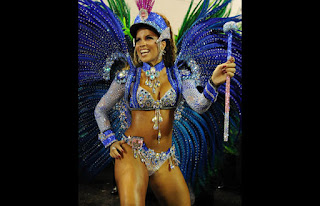 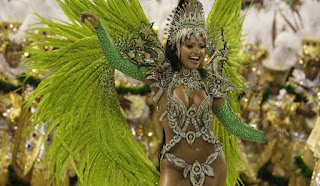 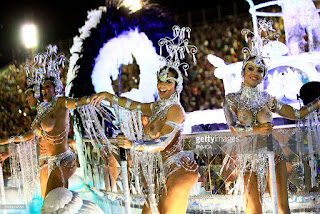 The Red Light District on board

I was pleased to see that our new Dangerous Cargo light came aboard just before I returned to work.


Vessels moving fuel oils or cargo with an explosive nature have to display an all-around red light while engaged in their business at night. We're no exception, and shortly before leaving last week, I managed to break the old one.


Very simple little doohickey. I broke the old one because I had to run a breasting mooring line up to a ship, and it passed about 8 feet from the light, crossing from my centerline to the deck edge of the ship, and as we came up out the water, we edged forward a few feet, and when our tug nosed into position after the job was done, the mooring lines stretched enough to let the breasting line in question get against the steel pole under the light... and here's where I got lucky. One of the 3 bolts at the flange sheared off, and the base plate bent rather than the whole 30lb  piece energetically flying off into the wild blue yonder.
The pieces in question went ashore for repair in our shop. Later it will be painted and be as good as new, and I can again advertise my services at night... uh, I mean, be in compliance
At any rate, I took advantage of the lovely weather and bolted up the now-repaired light. We have spare solar-powered portable lights for exactly this sort of boo-boo, but it's never the same.

Well, it's sort of good to be back, but it's absolutely good to be back drawing a paycheck. I hadn't planned on a spontaneous vacation and home repairs. Things are going back to abnormal it seems.

We now return to our life in progress

Well, Hurricane Irma blasted through, and we made some memories at home. I'm heading back to NY tomorrow, and back to work. My unscheduled week off worked out as well as it could. I put my house back together, although there's some damage outside that will need professional attention. Overall we got very, very lucky.

Welp, back to it tomorrow, anyhow.

Storm is underway. It's gearing up to bomb the Gulf coast, while I'm on the Atlantic side, so I'm hopeful we won't get hit too hard. Say a prayer for the poor buggers on the other side, though. It looks pretty awful for them.

I've met more neighbors here in the past few days than I've met in the past 3 years. Nice folks. The men in the neighborhood had already formed a plan to button up my house for Inappropriately Hot Foreign Wife if I was unable to make it home before the storm. Luckily, I was here well beforehand, and bolted up the hurricane shutters- steel corrugated strips that bolt directly into threaded studs sunk into the concrete walls of my house that ring each window opening. So for now, my house is as dark as 3 foot up a welldiggers ass during a new moon. We're snug and secure, and still have power too. Wind is currently 50ish, gusting to 60. I'm poking my head outside periodically to look around. All is well as can be, currently.
Posted by Paul, Dammit! at 10:29 AM 4 comments:

Well, pretty much every prediction is that my house is gonna be in a trouble spot when Hurricane Irma says hello to Florida.


I'm hopeful. My town proper is between all the models' spaghetti paths, which might mean we take our beating and be thankful it wasn't worse... might not work out that way, too.

Either way, I'm breaking this tour and heading home tomorrow. On the chance that we'll take a direct strike from a category 4-5 hurricane, my place is there, not here.

I'm in touch with a bunch of folks from my region. I've been able to chat with some very cool people in the gun and literature world in the past 24 hours. Kinda neat. Storm brought us together.

Well, regardless, I'm going home. Back next week, all things being equal.

Whether I'm at work or at home, I like to have enough food on hand to ride out any disruption in supply.

At work, I'm not as diligent about this as I should be. I'm sure I could survive just fine with what we have on hand for a few weeks, but as I'm not far out at sea pretty much ever, these days, I like to have a lot of fresh green stuff on hand. I find salad dull after a while, but I do eat a lot of it.

At home it's a different story. You'd think that Inappropriately Hot Foreign Wife would be the food storage cheerleader in the house, coming from the 3rd world, but this is not so. Her parent culture has a definite preference for every-other-day market visits, and that's about it. Shopping day is entertainment.

As I am still a relative newcomer to Florida, I've been blessed in that we've only had to shutter the house and hunker down for a hurricane just once so far, and it missed us, thankfully. Even so, while I was here on the HQ at the time, my wife got to watch the utter shit show that happens when there's a run on food, water and gasoline.It gets ugly, FAST.

Peter Grant has a great post on prepping and being prepared for disruptions for the exact purpose of not having to take part in the angry mob that forms when gas, water and bread gets scarce.


We keep a minumum of about a week's worth of drinking water for my family on hand, plus plenty of dry stored food and a spare propane tank. And ammo. Of course.

We're all watching Hurricane Irma closely. At the present moment, it doesn't look to be heading for my neighborhood, but that can change easily. The damn thing formed up so fast and so far out to sea that anything could happen, and she looks to be a monster. Whatever happens, stay safe.