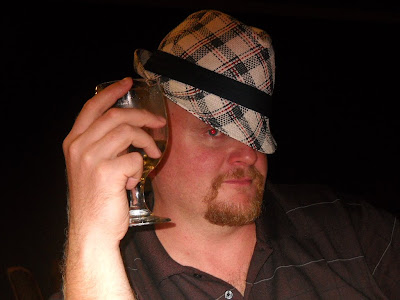 Basically, this was my vacation:

Highlight: The guitar-shaped pool at our Hotel in Memphis completely sucked my kid and my nephew into pool nirvana.
Lowlight: For a 7-year old, going to Graceland and other Elvis-related tourism is in no way as cool as a guitar-shaped pool.

Highlight: surprisingly good quality of the hotels and motels we stayed at- even the ones we didn't prebook.
Lowlight: the welfare motel that was the exception to the rule.
Rebound highlight: the Hilton next door, worth every penny. 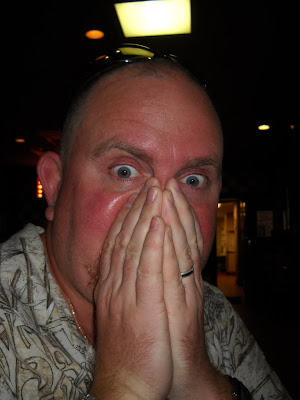 It may have been worth every penny, but dammit, those were a LOT of pennies.

Highlight: accolades and adulation from family for putting together an awesome trip
Lowlight: I have a claustrophobia attack in the middle of Times Square, and turn into an 8-year old girl in front of my wife, kid, and nephew, who have to step up and get me back to my car and out of New York City.

Highlight: the owner of a little diner in West Virginia is so taken with my wife's exotic look and friendly-but heavily-accented banter that we dine off-menu, eating real country food that I've never even heard of before.
Lowlight: I fart for 9 days straight.

Highlight: hotels and motels in the South cost about 1/3 of similar places up north.
Lowlight: hotels down south shut down about 10pm. My Brazilian family doesn't even like eating dinner before 10 while on vacation. Anything before 7pm is lunch.
Rebound Highlight: finding a Brazilian restaurant 5 minutes from our hotel in NJ, just outside of NYC.
Rebound Lowlight: the waiter hits on my wife, in front of me, using flowery Portuguese too complex for me to understand. I am oblivious.
Alley Oop- my wife tells me to stiff the guy on the tab. She writes something on the bill, using a frighteningly-accurate facsimile of my signature. She leaves the guy 3 pennies, and tells me why about 12 hours later, so I don't make a scene.

Highlight: visiting the Statue of Liberty, seeing a Broadway show
Lowlight: the lines for both.


So, overall, it was a great time. As I wrote, I had a massive Claustrophobia attack in the middle of Times Square. It was hot, and we had come out of Madam Tussaud's Wax Museum, which is where the attack started, as I was constantly jostled and bumped into by thousands (literally) of rude tourists and locals who were adamant about getting their fucking picture taken with plastic mannequins of RuPaul and Madonna. I came out of there frazzled, and onto the 5pm Times Square crowd, which was too much, I guess. Anyhow, I was miserable, and my wife missed the cues, and she's running all over, taking pictures of me while I'm trying to breathe and not to curl up in a ball. I don't feel like reliving the experience here by writing about it. I lost massive face in front of my family, which is important to me. 'Nuff said.
Now, what was amazing was that, after a thorough drunk at the hotel bar that night, and, I'm ashamed to admit, a good fight with the wife, I emerged at 7am, ready for the next day, and another try at NY. We went to see the Statue of Liberty, which took 3 hours to get to, mostly spent in lines to get tickets, go through security, and wait in lines with extremely polite Indian tourists (not a bad thing). In the 95% humidity, and 95+ degree weather, we spent only 45 minutes touring the island, and another 3 hours in lines to get back to the car.
My wife explained it thusly: everyone asks about whether or not a foreign resident has visited the statue. My wife and son (and nephew) can now say yes, they have. The weather sucked the joy out of much of the experience, but it was an experience, nontheless. We definitely shared the space with the tired, poor, and hungry.
We also went to see the Phantom of the Opera on Broadway. This is my 5th time seeing it, but it's still fun. My wife, having never been to a theatre in the US, and being a fan of the show, was completely with child over the experience. She wore a ridiculously elegant outfit that got our seats upgraded to the center-row aisle seats, 10 rows back from the stage. She's good about opening doors that way. The manager was a somewhat heavyset 30-something Irish-looking guy, and he gave me an attaboy, as we looked like cousins.
Oh, and I was hit on very politely, by a guy. Sort of flattering. Then he saw my wife, went bonkers over her blouse, and said congratulations to me. I sense a theme here. Nice guy, anyhow.

So, I'd call New York a hit-and-miss for me. I think, if it were cooler out, and outside of peak tourist season, that I'd have been OK. As it is, though, I'm not cool with how that first day went, and it soured the experience for me. 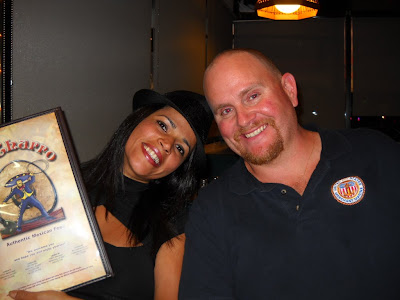 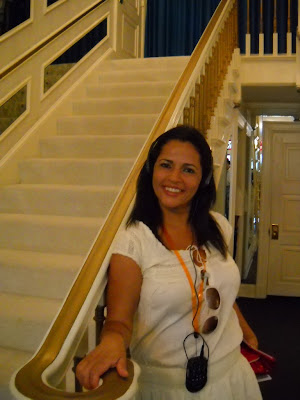 Inappropriately Hot Foreign Wife, just downstairs from where Elvis died having a shit.
Posted by Paul, Dammit! at 1:29 PM

Glad all went well. You have a unique ability to tell a story with humility and humor. This is why we work long hours away from home to give our family the very best. Try New York City in the fall. Less tourists, better rates, cooler weather for Irish Americans guys like us.
A fan of your writing,
Bill, survey boat capt, NY Harbor.

Yikes!
How can a guy who goes DOWN INTO ON-BOARD TANKS get claustrophobic out in the open?
I get the willies when you talk about your tank escapades...

I start off very slow, DT. I think it's the people, and a control issue, really. Rooting around in the Engine Room double bottom tanks on my old ship broke me of the real phobia. After that, the rest were easy. Times Square, though, where I couldn't swing a cat without having to dodge a damn tourist... too much.

you must do what we locals do. Don't go inland. (that would be Times Square.)