Well, damn I seem to have come back to work during a rough week internationally.

The tanker AULAC FORTUNE had an explosion and is on fire off of Hong Kong.  They were preparing to take on bunkers when something happened, and blew the hell up instead. 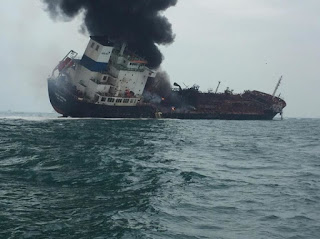 At least one dead, but most of the crew was safely evacuated.

Also in Hong Kong, a Maersk ship had a major bunker spill. 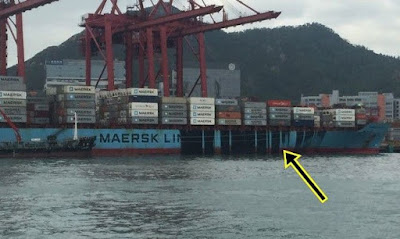 That one, it's not hard to see what happened. Fuel oil from an overfilling tank or tanks, for whatever reason.  I've been part of that before. Could be caused by many things, but often enough human error. Either way, I have bad dreams about causing something like this and getting into international news.

The Hapag-Lloyd container ship "Yantian Express"  is on fire and was abandoned after several days days of unsuccessful firefighting attempts. She is currently adrift about 1000 miles northeast of Bermuda.


The container ship 'MSC ZOE'  lost 270 containers over the side in heavy weather, also in the Atlantic. 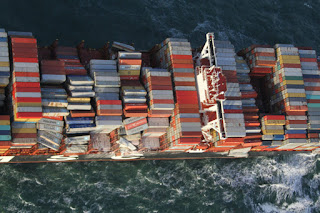 Stay safe out there everyone!

And the SINCERITY ACE incident...