I read a really neat blog post by Cedar Sanderson this evening while cooking breakfast for myself at 11:30pm on her writing and go-to productive mindset, specifically, what I guess the touchy-feely types would call mindfullness, or the Jesuits an  Examen-style step back to assess things internal and external.  It's good stuff and she's a good writer-

There’s a balance, obviously to living in one’s head, and withdrawing from the world into your own imagination. Both have their times and purposes. But when you can’t live in your own head you lose the ability to self-analyze. Self-analysis is another of those tools that can paralyze, or free, your ability to act and react. In the sense of freedom, it gives you the ability to rewind a little: make a mistake, look back and think, what did I do? Why did I do that? How can I correct that for the next time? But if you aren’t fully online, then you can’t visualize your thoughts and actions.


I'm not a creative writer. I very much wish I was, and suspect I have some latent talent there, but a certain intellectual laziness coupled with a greater talent for technical-style writing gives me excuses not to try. I don't have my brother's gift of gab, but when I do get in the zone and start telling stories (usually I need 3-4 pints of Guinness and a dram on top of that) , I'm not above embellishing a good story, and I can usually attract an audience. That could also be my issues with The Irish Whisper (using the outdoor voice while indoors) too, though. Maybe I'm not a good storyteller, but just really, really loud. Probably a bit of both. If that crossed over into writing better, I would try harder.


While I'm at work, I try to maintain a steady emotional state. This rarely works, but I do try. Just the other day a foreign engineer was fairly rude to me, and rather than blow up at him I said "Namaste, you cocksucker," to calm both he and I down, so I'm obviously doing great with that.
When I do get there, it helps, though.
To get comfortable, I too, prefer to live inside my own head. As I get towards my mid 40's, I am less patient with others, but I also seem to be less emotionally invested in offgassing my own anger or frustration by sharing it with others. Blowing up at people just isn't as cathartic as it once was. I miss those days.
I've written before about how as our workload increases, my horizons decrease. I don't fixate on just proximal issues, but I'm able to let go of the gestalt and reduce things to task and purpose. Tactically, this helps get the job done, but it prevents strategic planning, which, luckily, I don't much need when I'm just trying to grind through cargo ops. After my watch is done, I have to do supervisor-esque stuff like tracking consumables, payroll, emails, yadda yadda yadda. And, over the course of a half-day discharge, like tonight, I have time to plink away at posts like this over the course of 8 hours.  We've had a hellaciously busy couple of weeks here, and the absolute shit weather has made work challenging, and as a result, I'm less engaged with the outside world, which is nice. I miss long ocean voyages like I used to take, where there was no internet access and no phone signal between ports. I'm too connected now, and, as a result, my go-to mindset is to pine for alone time.
Alone time is better than booze, better than fine food... not better than sex, though. Still, it's pretty God-damned good. When we used to have down time, I used to love putting on earmuffs and goggles, wrapping my head in a giant bandanna and needle gunning. I can lose 20 points on my blood pressure with just 30 minutes of needle gunning.  I checked. The alone time lets me get my head in order, plan, and reflect and address my personal agenda for work and life... and there's not that much of it. Big barge, small house. The reason I am so protective of the crew we've got is that I can sit at my table with another man 3 feet away and not say a word for 4 hours, and it's completely comfortable... or we can just talk those entire 4 hours, and that's cool too. Being simpatico with shipmates is a treasure worth hoarding.
I do need my alone time to make the most of my not-alone time. Inappropriately Hot Foreign Wife knows this, although she doesn't truly comprehend it. She's a saint, my wife. She knows when I start sneaking out to my garage to disassemble the vacuum cleaner like it was one of my guns, I just need an hour or so and can come back inside on a far more even keel.  Same feeling she gets from reaching out to a friend and spending an hour over tea.

When it's Game On here at the HQ, I have to be truly present on my watch, and to be at my best, I have compensation mechanisms and behaviors... we all do. Whether it's someone who has to have a smoke to recollect themselves or another means, we all have our ways to seek out what we need. As an introvert, I prefer to retreat into my own head and figure things out when I'm not overpressed with issues needing my attention. Others need the opposite, to be around people, or to dive into chaos and make order out of it flying by the seat of their pants... end of the day, we all want much of the same. The next two weeks, I just want to abide with out being all zen and shit about it. 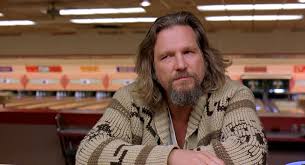