The US Coast Guard licensing exam always includes a diagram of a WWII style boom-and-stay cargo handling rig, similar to this: 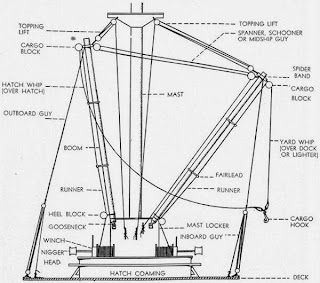 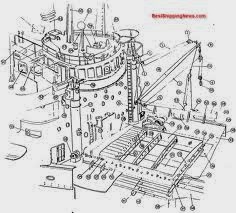 ...except that instead of labeled names, there are numbers, and you have to supply the name and know what it does. Granted, there is not a single cargo ship in the US that still uses these. The last of these ships, the PRESIDENT CLEVELAND, was made into razor blades long ago.But yeah, loading ships used to take days and weeks, using gear like this: 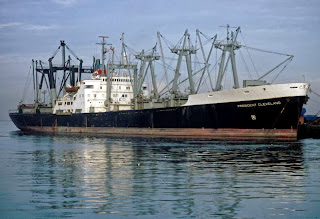 Whereas larger ships today can load many times the same amount of material in a day. 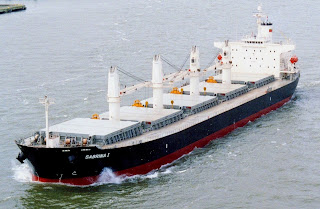 With 4 almost idiot-proof cranes run by 4 guys, as opposed to 40.

At any rate, I digress... My point is that learning the old boom-and-stay rig for the licensing exam is a source of serious complaint, as it's irrelevant for the most part, for today's American merchant sailor. Simply put, it's the equivalent of teaching someone how to handle a buggy whip as part of driver's ed.

With me so far?   So, yeah, I learned that stuff, bitching just as loudly as my peers in the licensing prep class did. 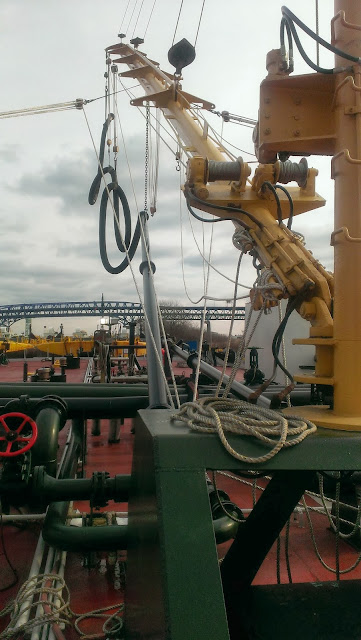 ... and the thing is, I still remember this shit from class.   This multi-ton rig used to get a fueling hose to a ship's manifold connection requires the user to have instinctual knowledge on how to use the damn thing in order to line up the barge to the ship's connection in order to get the boom at the right elevation AND angle off the centerline to the barge to reach just above the manifold connection on the ship. In other words, it requires an experienced eye and a certain grasp of basic geometry, something that is no longer necessary in an era where people like me are used to just using a frigging crane with 3 levers to do the job of a boom, 20+ pulleys, a half-mile or more of rope, hundreds of feet of steel cable, a capstan, a partridge in a pear tree.

Still, it works, and as a teaching tool, it's great with new guys. If a tankerman can run this beast, you can give him a barge with a modern hydraulic crane and he'll kiss your ass for making his life easier.


So, another thing about this old beast I'm on this week: it's undergoing some serious maintenance. New PTO's on the cargo engines (Power Take-Off, for you shoemakers, a controllable hydraulic pump that runs off of an engine; in this case, one otherwise dedicated to doing something else, like pumping oil. The cofferdams (spaces between tanks or tanks and the hull) are getting some new steel, and the after rake compartment is getting waterblasted and repainted... by yard crews, not us!  I'm happy to be JAFO, and also happy to report two very related ancillary discoveries- 1)it's still much harder to get my shoulders through a deck hatch than my ass (my shoulders have to go through one arm at a time, and 2). things like this keep me from succumbing to claustrophobia, which still does rear up from time to time, and is a very good reason not to be a professional mariner when unchecked. 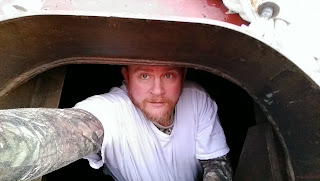 Once upon a time I was the Captain of the SS Cleveland (as it was known for the last 20 years of her life). It was a lot of fun to see 12 gangs loading bagged grain in Lake
Charles. They do not make them like that anymore

I remember passing that thing on the way into Port Sulfur. Bosun talked about having to slush all those damn cables.

And somewhere in Washington, there's a bureaucrat saying, I told you so.