Our last cargo discharge was kind of a ballbuster. Language barrier was there, but aside from that came the realization that incompetence transcends all languages, cultures and boundaries.

The one guy I don't interact with except at the start and finish of a cargo discharge is the one guy who can be reasonably expected to be educated at some level... or at least not a goddam retard, anyhow. Feel free to savor that naughty word as God intended it, by the way: with my lovely Boston accent:  Ree-tahd.

At any rate, the last engineer I dealt with had some English, which he used to bitch at length about how our cargo tanks are measured using the English system, not the Metric system. I had to listen to it for far too long, my friends. 3-4 minutes of a guy who eschews underarm deodorant in favor of smelling like rotting onions is about 3-4 minutes too long. So I had to keep my mouth shut. Which I failed to do.

"I guess there are two types of countries in the world, Chief; those that use the metric system, and the one that put a man on the Goddamn moon." 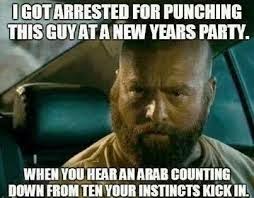 Smelled like hamburgers and hot garlic... For the love of God would it kill mofo's to wear deodorant? I'd much rather not prefer to smell a handful of hot pennies coming from under your arms as I try to process your broken English...HA!