Please visit this site and support the author! After a rapid increase in violence, Capt. Peter Boucher has submitted the first complaint to the International Court of Justice ('The Hague') on behalf of the 300+ seafarers abandoned by employers and governments and held for ransom by pirates in Somalia.

It was great to hear that President Teleprompter authorized the use of force to retrieve apair of aid workers yesterday; notably, a pretty blond woman and her companion who were being held in Somalia when word was received that her health was declining rapidly. Of course, the 300+ seafarers who are for the most part, ah, the wrong shade of brown, can go pound sand. As you will read, there has been a drastic surge in violence against hostages now that the Somalians have realized that shipowners and nations have little to no interest in paying for the release of human beings, although cargo and pirate-controlled ships still gets ransomed nicely.

Personally, what do I take away from this? The most safe course of action that you can carry out as a professional mariner is to be blond with blue eyes, or at the least sleeping with someone who fits that description. 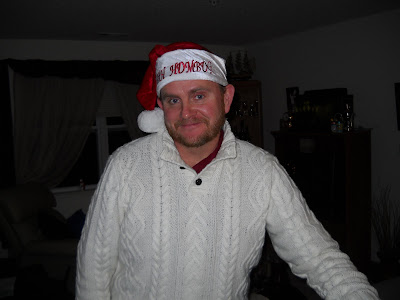 I joke, but in all seriousness, I am also fairly disgusted that politics and appearances, and quite possibly boobs are the determining factor in who gets rescued and who gets left to go have their hands chopped off left to die at the hands of inhuman vermin who deserve a bullet to the brainpan and a piece of ham stuffed in their mouth before burial in the name of Habeus Corpus.

Sadly, there is a question as to whether he even has standing to bring this complaint.