I am a bad person/...yes, they ARE a girl's best friend

So, I'm starting off by admitting that I'm a bad person. A bad influence on my wife.

My wife belongs to an evangelical religious sect who believes that I ('the filthy papist,' as I am charmingly referred to by pastor and friends in church) am a soldier of the Antichrist.
So far as I am aware, I am not. I am, however, pretty well versed in the dogma of my faith. And I am not one to shy away from confrontation... except with my wife. We don't hotly debate our religious differences. Her friends, though, are open game, once they open up with their insane born-in-a-barn-in-the-midwest theology. I try to play nice, but I defend myself. Sort of a cat and also-cat game.

Now, since my wife's church has some pretty strange ideas about what's what, I have to do some soft-shoe in the matter of respecting her beliefs. She keeps the kosher laws, and is supposed to not wear jewelry, bother with her hair, and dress demurely, which, I understand, means like a frumpy hippy.
I've really made an effort to be supportive, to not undermine her efforts.
BUT... things went a little too far recently. She and I are both a little tired of being picked on just because I, insanely enough, am not in love with the words of Martin Luther or King James. Not that I have much of a beef with the portion of their followers who don't wish me dead or dream of me coming down with leprosy. I'm just tired of the folks who act like their church is a cult, and I am the hold-out who won't drink the kool-aid and convert. So, when my wife has to suffer for being married to, well, me, I revert to a deeper game. No more play.

Anyhow, I fired back. I stopped being neutral. And there I crossed the line between good person/bad person: I bought my wife something inappropriate. Something shiny. Sparkly. That wasn't made of sackcloth OR ashes.
If you read the title of this post, you know where this is going. I bought my wife a diamond pendent necklace, and just in case there was a change in plans about me coming home for Christmas, I gave it to her early. And she liked it.
So, while I hope that I haven't contributed to a religious crisis in my wife's life, I do hope that this will get her friends' knickers in a twist. Not that my wife wears it to church or anything, but it's sure to cause troubling thoughts in my wife, and just maybe drive a nail into the cult's coffin. 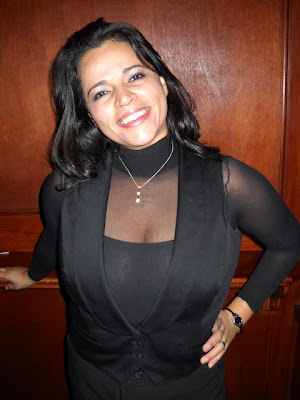 I realize that I'm playing with fire.
Posted by Paul, Dammit! at 3:22 PM

Right On Brother, Power to the Papist!

Now if we can just get Notre Dame to win a few more.

You play a dangerous game on so many different levels.

You aren't kidding, Anonymous. In my own opinion, however, I have to do something. I'd rather be offensive than be a target any longer.