It's been quiet here at HAWSEPIPER's Afloat HQ-In-Exile. We're currently getting hit by tropical storm Fay, which is throwing some wind and rain at us, bouncing us around a bit. We have a cargo fixed for this weekend, which is a good thing. If we're making money, we're likely to be left alone.

I had a moment earlier, reading a very thoughtful post on another page, and I have had relevant experience that would be worth sharing. So I wrote up a fairly lengthy reply, and then sat there a minute. If I shared it, I would invite traffic here to my little dank corner of the web, and some of it would be people who disagree with me not because they don't like dick and fart jokes, but because of fundamental reasons of morality and politics.... and you know, I don't feel like inviting assholes here now. I'm already pretty jaded. So I deleted my post. I'd rather entertain people who are OK with dick and fart jokes interspersed with more thoughtful material. I like being read by people who are already OK with sifting the bullshit from the buckwheat when it comes to my writing.

So what's up?  I saw a heavy-lift ship anchored in Stapleton Anchorage in NY yesterday. Something cool on board, maybe. They looked loaded down. I haven't seen a livestock carrier here in months. Maybe they're getting fuel in Boston now. Used to be they were loading Prime-quality cattle in Eastport ME for breedstock in Turkey, and they'd gas up here. I haven't seen one of those ships since last fall, though. It was kinda nice, the cows and bulls got the VIP treatment on that ship, and they'd clean it extra nice before getting here, so it wouldn't smell like a bible story.

Inappropriately Hot Foreign Wife and I celebrated our anniversary while I was home. No fancy trips, just a couple of nights out. It was pleasant to get out of the house for the first time in months. 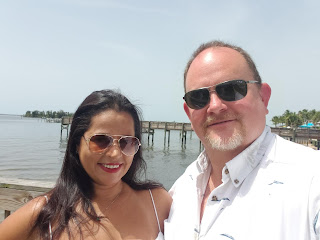 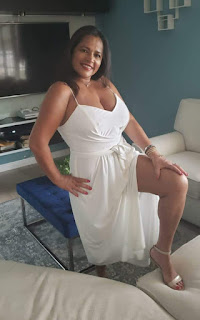 You're a lucky man.

Congratulations on the anniversary! Finding a partner to go thru life with is an important thing, having one that agrees with how you live your life is even better.

Half the reason I come back is your view on our world, you see things that I don't see, you see what I see differently. This is all good.

Deleting remarks from rude people... part of the modern world but it is the bloggers call to avoid writings that bring out those people.

As side note in writing this I looked for a synonym for asshole, couldn't find one that was any less obscene so I used 'rude people'. That struck me as funny!