The #1 search term leading people to my blog is currently "Big Booty Spandex." 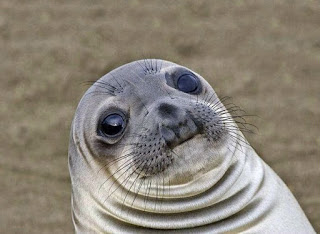 
I'm partway into week 8 here at work, and with something like 18 days to go, it's nowhere near time to be slacking off, which is good, because it's been seriously steady work-wise here on the HQ.

Currently, the healthiest sector in the East Coast small-parcel maritime fuel trade seems to be bunker work, because we're just steady as hell. It's not insane, work-wise, but busier than average, which I've mentioned before, fairly recently. This is good, as small parcel clean oil movements are just not happening in volumes like we've seen in the past.

There's a serious morale issue throughout the ports of NY/NJ fuel barge crew. My company is not immune there. Oh, we're doing fine compared to the poor bastards down in the Gulf of Mexico, where even master mariners are working as able seamen and thankful when there's even that for work. While you're not seeing massive savings at the pump anymore thanks to the suits in the futures markets who're really cashing in, efficiencies have led to companies being able to get oil out of the ground cheaper on land, which is competitive with offshore oil, even given the disparities of distribution costs. Jobs have shifted for now, and both shale oil and offshore oil have plenty of wells just waiting for the price index to rise enough to be worth kicking the drills in gear. In the meanwhile, while the low-hanging fruit is being brought to market, there's lots of hungry bellies.

Morale is pretty low in the US maritime fuel transport sector, at least in many parts. It seems like medium-parcel movements are down, too, but not to the extent that I've seen in the small boats.

Unfortunately, I lack the ability to read crystal balls, and I don't have enough chatty friends in the marketing sector for fuel transport to really put together a more complete, coherent synopsis for what's going on, but I can say that the coconut telegraph among friends and shipmates and acquaintances online, there's an awful lot of this time is different in terms of riding out the slowdown.
Well, we'll see.

In the meanwhile, things continue apace here on the HQ. One of the most positive signs we have is that repairs that I'm not capable of handling in situ have been getting seen to by our engineers and mechanics, brought via launch while we're working. In other words, it's important enough that we stay working that my company will dispatch a qualified repairman to wherever we are in order to keep us working and available to work rather than waiting until they've got a berth open at the shop to carry out any repairs. This is a long way of saying that the HQ is paying her freight, which has been a concern, and should be of concern to anyone currently working in the trades.


He needs your help with a question you might be able to answer.
Sincerely,
leaperman

Dwan, I couldn't make that link work. Tried a dozen permutations. Can you recheck it?

Working onshore oil I'm seeing a lot of companies have slashed enough jobs that they can make money at $50 oil.

The rumor is we could see these prices for another decade.