So, we were at a lay berth last night, so my partner and I out here headed ashore for dinner.

We're in a healthy living phase right now here at HAWSEPIPER'S Afloat Global HQ/Muscle Factory.  As such, we're eating clean as we can.

So, after some days cooped up, we went out last night ant tried a healthy restaurant.

Nature's Grill is a New York company that sells healthy food. That's what I can say about that. It's not great food, and it's not cheap food, but they sell food.

I had a bowl of veggies and teryaki chicken. Big B had a wrap of some sort. We had protein smoothies to drink, being on the clock and all.

Being curious, I asked if the place had a breakdown of the nutritional content or calorie count for the items. They do not. Many of the other healthy-eating burger joints and hipster vegan feedlots in the area do. Militantly, in fact.
3/4 of the way through my dinner, an intestinal  cramp sent me to the head. That's a bad sign, not being able to finish a meal before it pulls the eject handle. While I went to the restroom to take an urgent, ah, rest, shall we say, I had a moment to think about what I bought.

I bought a feeling more than a dinner last night. I bought a feeling that I was eating healthy, that I was doing my body a solid, so to speak, looking out for it, irrespective of any digestive issues. There wasn't any substance to the feeling, of course, and it's subjective, but it's an obvious selling point, that they're selling a lifestyle item. When I worked out the calorie content of my healthy-seeming meal, which contained no real heavy carbs or bread or fats beyond the cooking oil, it was quite high- I barely made my dietary goal for the day. My plate, full of food that normally is fed to my food for THEIR food, was a letdown. Hot sauce helped.
The walk back helped. The day prior, I had walked 7 miles and was still feeling it yesterday a bit in my feet. It was a nice night, and  other than a vague concern that I'd need to use the can on the way, pleasant if cold.
We made it back, and after an hour or two, the farting started.

Oh my God. It was funny at first. But it wouldn't stop. Both of us. It was like two anxious ships passing in the fog, over and over. I wanted to hang one of those stinky trees for your car from the back of my belt. 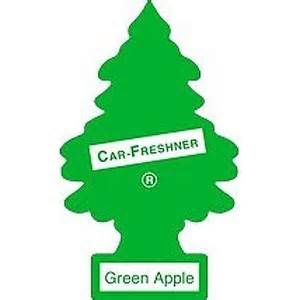 It's still happening today. I walked 5 miles this morning, putt-putting like an old motorboat. Luckily, in Brooklyn, it already smells mostly bad anyhow.