One of our cargo pumps is broken. Based on the number of things I have seen recently in the bottom of our cargo tanks here at HAWSEPIPER's Afloat Global HQ/4,000 ton paperweight, I'm thinking that a cargo surveyor got us again.

When we load oil, some companies don't trust us, or the charterer doesn't trust the receiver, so sometimes an independent 3rd party gets hired to survey the cargo. All this means on the loading end is that they measure the volume of the cargo in the storage tanks ashore and the volume of our tanks on board before we load, and then do it again afterwards. Then there's documentation that we've got what we've got. Usually the loading terminal's people just do it themselves, but not always. When there's trouble, this is the stuff that an arbiter sees.

Rather than being a prestigious job, cargo surveyor is a dirty business. Most surveyors are immigrants, many of whom are former merchant marine officers who either don't want to go back to sea, or don't qualify because of citizenship issues. Yet it's a critical job, and pays pretty well. Decent oil surveyors seem to earn in the 6 figures, but tend to sleep in their cars when they actually have time to sleep at all.
As I said, though, its' a dirty business. Unlike product tankers, the versatile workhorses of oil shipping, bunkering doesn't require that you clean your tanks often, so anything that gets in the tanks that isn't supposed to be there tends to stay there. Product tankers, well, we tended to clean tanks at least once a month, and tank dive (go down the bottom of cleaned, aired out and dried tanks with a broom and sweep up any dust. Looked like this when we were done. 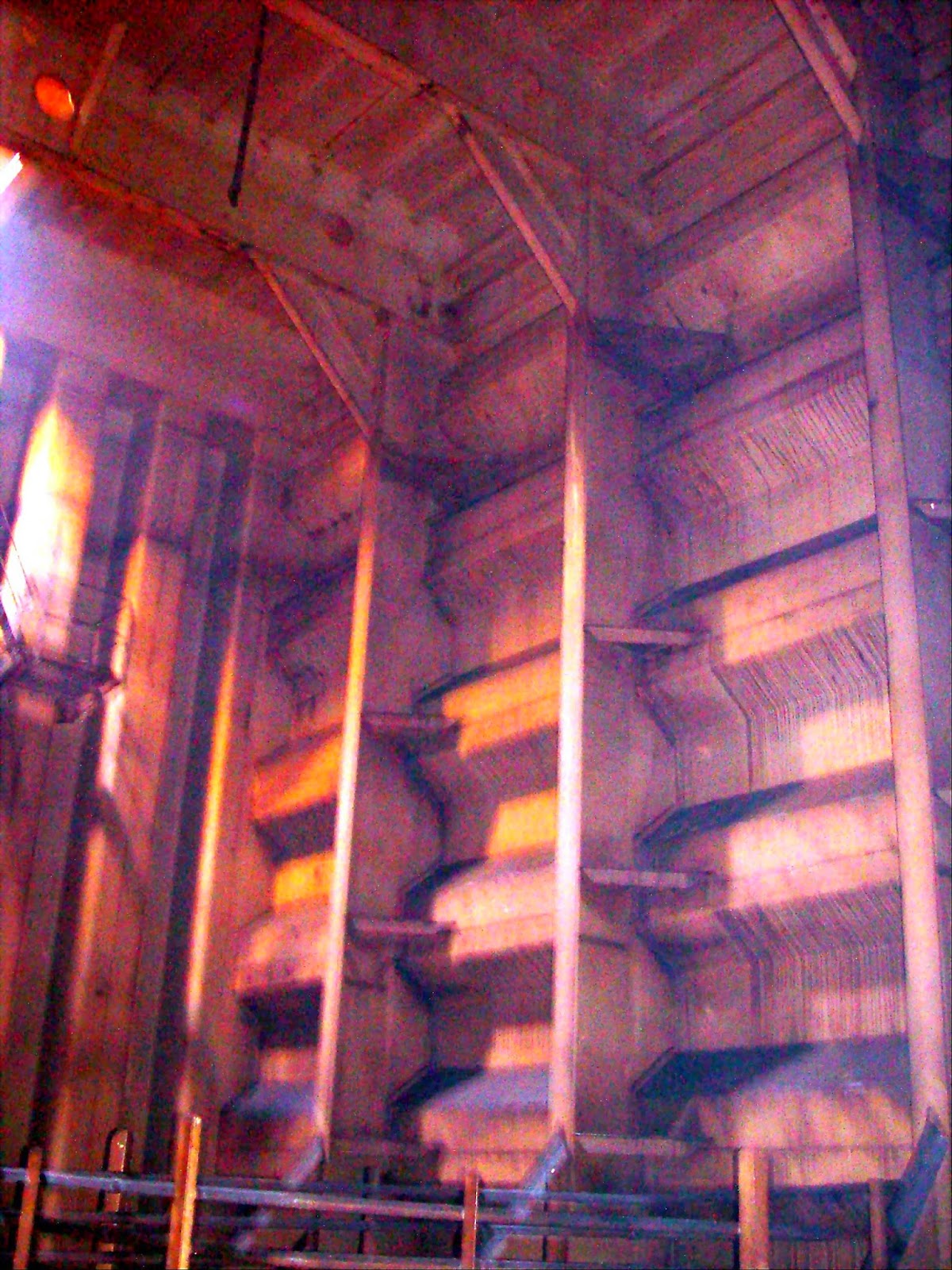 The color you're seeing is pigment traces in the tank coating. When we were done, the tanks were clean like a hospital floor.

Bunker work, however, is bunker work. You're not going to suddenly take a load of jet fuel following a load of bunkers. You put black, shitty oil on top of the residue of black, shitty oil, and here at the 'Q we don't have tank cleaning apparatus, anyhow.

Problem is, surveyors come and go. They can be messy, dripping oil everywhere when taking samples (some of them do that, too, and others bring an assistant to fill up liter bottles for analysis, make sure no one messed up the oil), and not cleaning up, or, more rarely, but by no means rare, dropping shit in the tanks. Sample bottles and rags for cleanup go in there, and eventually can get into my pumps, clogging them, which slows down the pump by starving it of oil.

Currently I'm aware of 2 sample gauges (measuring tapes with a foot-long weighted bob at the end, 3 bottles, a hat and what I think is a damn 2x4 in my tanks. Not much I can do to get rid of them. Pulling the 'Q out of service costs tens of thousands in lost time, plus the cleanup and prep work to make a tank safe for human access is damn expensive on top of that. So they'll stay put, hopefully, until the next tank cleaning prior to a coast guard inspection, or when some straw breaks the camel's back vis a vis my pumps.

More often than not, the surveyors drop rags in the tanks and don't tell me. With heavy #6 oil, the rags get sucked into the screens guarding our pumps and bung it up tighter than Dick's hatband. Which happened yesterday. I saw it coming, reported it months ago, but until we can no longer physically pump oil, we're not coming out of service. As I write this, we're heading to a job where we will have to ultimately discharge the oil with one pump, which will take just an hour or two short of forever. So it goes. Now, the working pump absolutely has a partial clog too, but it's still working OK, and thus, so am I.
Removing the pumps is a big deal. They're about 15 feet long and are filled with oil and garbage, which makes cleanup a shit show. It's an all-day affair to remove them. And we've got two to do, so I don't begrudge the Powers that Be wanting to make a little hay while the sun's still shining.