Better than "The Last Starfighter"

Does anyone else remember the movie "The Last Starfighter?"   A kid growing up in a trailer park is addicted to a new video game. When he wins the game, the machine turns off and the kid goes home... but the machine has sent a signal out into deep space, as it turns out, the game is actually an alien pilot testing tool or some such shit. Super 80's preteen boy fantasy ensues, including real space aliens, combat, and there was probably a girl with poofy hair in there somewhere too.

Well, anyways, someone at A.P. Moller-Maersk was apparently a fellow fan of this movie as a kid, too.

Maersk is the largest shipowner in the world, distinctive for being heavily involved in investment strategies and shipowning in all shipping segments- tankers, containers, ro-ro's, PSV's, etc. All kinds of ships, anyhow. They're also involved in oil extraction, as well... drilling, marketing, research, etc.   Pretty impressive portfolio.

So, enter Maersk's newest recruiting tool, the game "Quest For Oil" where you've got to crash-course learn how to bid on oil leases, research, drill, extract oil and get it to market on time. 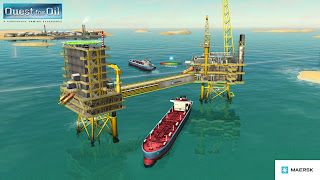 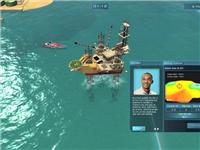 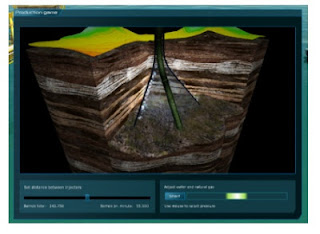 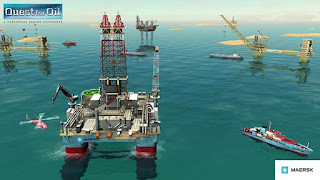 Anyhow, holy shit am I addicted. I'm also kicking some ass, after a fashion. I've been too busy to really get into the game, but with my limited time I'm already hoovering out me some dead dinosaurs.

So, yeah, I'm waiting for some Norwegian dude to show up at the dock one day to take me away from all this shipping stuff and give me an oil rig and a bottle of Aquavit or something. At any rate, if you've got a little free time, this is a fine way to kill off a lazy Sunday afternoon while you're waiting for the bar to open.

You really had to show me this didn't you! This might cause me to have to live out in the dog house again.

I was proud of myself when I knew what a ro-ro was then you slipped in PSV.
Platform supply vehicle?
I am staying away from the game. I know me too well.
Terry
Fla.