The Hills are Alive with the Sound of Extortion and Fraud of Sailors. 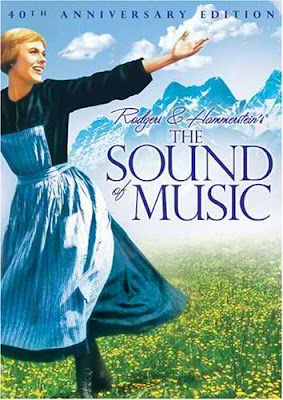 Special hat tip to Manu for bringing this rage-making news to light:

Do you remember the Von Trapp family? You know, the real family who inspired the story from 'The Sound of Music?' (Oh, wait, if you're under 40, did you know that this was based on a true story? I did, but only because I had to be told that a dozen times as a kid).

Ever wondered what happened to the Von Trapps after the kids grew up? Well, apparently the fam learned a thing or two about oppression and the wonders of being on the White side of the fence in the master race argument, except they've decided to be the bad guys in this case.


Vega shipping of Germany, (well, Vega - Reederei Friedrich Dauber (GmbH & Co.) KG) founded by the Von Trapps, is a large shipowning/vessel management firm located in Germany. The ITF, International Transport Federation, the principal body involved in maintaining, polling and attempting to enforce basic human rights for seafarers, busted Vega shipping for carrying two sets of logbooks for paying crew wages- one showing wages paid out according to the international minimum wage, and then the real book, showing back wages due of $230,000.

Vega shipping, caught with their hands in the cookie jar, ADMITTED WRONGDOING TO THEIR PORT REGISTRY, and agreed to pay the crew wages due. They then waited until all inspectors and port officials left the ship, and flew a representative in to take the money back from the crew, threatening 'legal action' which means blackballing, (being illegal, of course). An ITF representative returned to the ship hours later, to discover that the crew had 'voluntarily' returned the wages. Two weeks later, the ITF returned to the ship at another port, along with Port State Control, to oversee the crew being repaid. Again.
After being paid this second time, it was payoff time for 7 of the crew... time to go home. Vega Shipping called the hotel where the sailors (all Filipino) were staying in the UK. An ITF representative was on hand, so the Vega rep claimed he wanted to take the sailors 'to dinner' and that was the end of that attempt.

BUT, it doesn't end there. At the airport in Manila, Vega waylaid 6 of the crewmen at the gate (the 7th left from another gate), and, according to witnesses at the airport, kidnapped the 6 men AND THEIR FAMILIES, brought them to Vega's crewing office, and allegedly threatening to have them all arrested for 'theft' of wages... and the 6 men gave back their own hard-earned wages. Again. So that makes fraud, theft and extortion, all carried out by a well-regarded European shipowner.

The 7th crewmember is said to have been blackballed by POEA, Vega's overseas manning agency, since he actually got his wages.


So, to the Von Trapp's, I urge them to seek out a decent, LEGAL solution to this issue, which I'm sure will never happen. If given a chance, I'm sure they'd find a solution. A Final Solution.

If you're interested in seeing how Vega operates in the Philippines, look at this story where VEGA asks for the names and addresses of the witnesses who saw the scene at the airport. Maybe they want to take those witnesses to 'dinner' too.

I'd like to think that Georg Ludwig Ritter Von Trapp would be doing the Charleston in his grave if he saw what his hands had created. I can't think of a less fitting tribute than this.

You can read the ITF's press release here, too.
Posted by Paul, Dammit! at 5:33 AM

Thank you Paul, this was a eye opener for sure...and I would say the family would be ashamed of this behavior from the "Kids".

Paul check out this, Movie vs Reality the real story of the Von Trapp family from National Archives, at www.archives.gov/publications/prologue/2005/winter/von-trapps.html#20100902