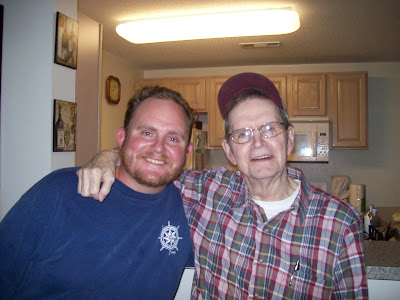 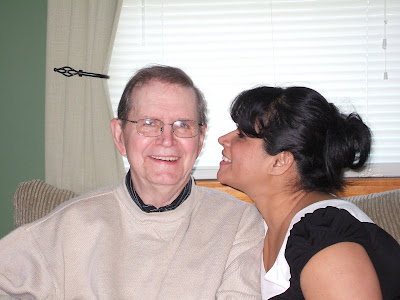 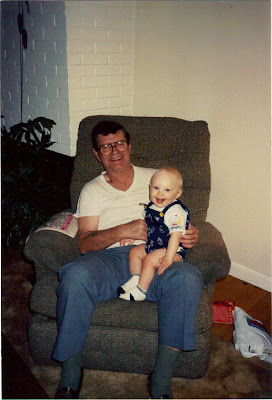 Tomorrow marks the first anniversary of my dad's death. It's amazing how quickly the time passes.
I grew up in the shadow of my older brothers and my sister- not a black sheep by any means, but quieter, nerdier and absolutely more awkward. I followed in my father's footsteps, after a fashion, though I went wide of the path by ending up becoming a marine biologist, after listening to his stories of living and working on oceanographic ships, and later, to follow his example more closely and become a merchant mariner.

I never had to experience months, or even years of absence while my dad was at sea;my father swallowed the anchor just before I was born, though it pained him to do so and he never quite recovered from coming ashore. He was of the last generation of true globe-trotting mariners, the men who signed foreign articles bonding them to a ship for 1-2 years at a time... yet he was sympathetic when I sometimes bailed out after 100 days.

One of my fondest memories of my father came a few months before his passing, when he was in the hospital after having a new defibrillator implanted in his chest. It was in the evening, and I had gotten home after 4 weeks in Philadelphia aboard a bunker barge. I dropped my bags, and my wife and I drove into Boston to go see him. Must have been 9 or 10 at night, long after visiting hours were over. My father was reading his Office (The Book of Hours, a set of prayers meant to be read daily as part of prayer and meditation for particularly devout and scholarly Catholics) with the TV on mute in the background, and his face lit up when he saw us.
I have to back up a bit and talk about my wife's relationship with my father; my wife lost her dad early in life, and she became instantly devoted to my father when we were dating. My father was tickled by this. Without thought, once hugs and greetings were exchanged, my wife climbed into the hospital bed with my father and lay beside him, talking animatedly in her particular version of English. At that moment, seeing them together, I realized how well my father had taught me to value family, and the deep emotional connection that transcends barriers of culture, pain, anger and the million distractions that family life throws up. My dad's contented smile was wonderful to see. Although his body had been failing slowly for 25+ years, one of his favorite pastimes through the years was always to just sit and gab. Although he didn't pass that particular trait on to me, my father was rarely happier than at the moments when he was surrounded by family, simply talking to pass the time.

I'm aware that my family will be reading this post, and this is mostly geared for them. Except, of course, I'll have to run this through Google Translate for Inappropriately Hot Foreign Wife's sake. 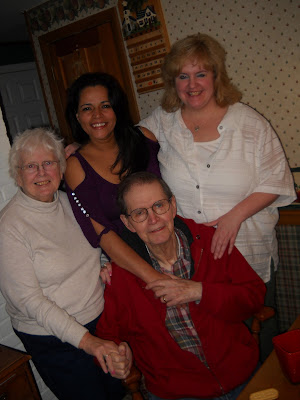 God speed the voyager, on fair winds and following seas.

Great post Paul. I couldn't agree more that your Dad really had the most content smile. It was disarming and genuine.

I must disagree with one thing though. You definitely inherited his gift of gab. Uh, yeah.