Welcome to the party

Well, my new guy had his first really bad night.

Yesterday... yesterday was a dumpster fire. This last load we carried was trouble from even before it started. It'd be comic if I wasn't there. Some jobs are like that.


We were 4 hours late to our berth because someone was in it, and the terminal where we were picking up fuel is perpetually late on everything. The place is so bad that there's an internationally known acronym made up of the letters in their name regarding how they always make you miss work.

Well, so it goes. The funny part is that the guy in our berth was heading to the same ship we would be, with a different grade of fuel. So they did their job, arriving 4 hours late.

I was asleep by the time we got to the berth, 4 hours late as I said... once we were at the berth, checked in, paperwork signed and cargo hose connected, they didn't start pumping fuel to us for 5 hours. No reason was given. I don't know if they were using the pipeline, or the tank was being pumped to someone else, whatever. Either way, 5 hours.

This was a triple hand blended oil... that is to say, we were taking three different parcels of oil of differing qualities from 3 shoreside tanks, and blending them in 8 of mine. Fine. A couple of extra steps, some more math on my part to figure out blend ratios for all my tanks, and the computer does some of that for me, which helps.  The bitch of it was, the third parcel was cutter stock- clean high-quality diesel, and only like 900 barrels, which, when divided into my 8 tanks, means that It would take 30 seconds per tank to load this stuff on top. Which is great except that you can't pinch down the flow rate of the fuel much, or the back pressure could blow out something. It takes a few seconds to open and close valves, and even at running speed, it takes time to get around deck. So even with an extra man outside, there's a level of coordination that is normally not required, and multiple opportunities to make mistakes.
A diesel cut into heavy fuel generally means they need to improve its' quality, that is, they want lower sulfur content (heavy fuel being 2-4% sulfur, generally), or lower viscosity, or to change the density, specific gravity or lubricity, or mineral content, as this stuff also has trace mineral content that they may want diluted too. So, by the time we actually got started loading fuel, 5 hours after we signaled the terminal we were ready, we were now 9 hours behind schedule. By the time we got to the diesel cut, it was into the next day, yesterday, in fact, and I oversaw the diesel cut.

So, the terminal made us about 12 hours late, by the time their delays ended. Then, the cargo survey.

For some reason, the three men who were handling the third-party cargo survey (a way to verify volume transferred, and also to take samples, in this case, 3 liters per tank, one each from the bottom, middle, and top of the oil level in each tank. So, 24 samples, and the guy doing the paperwork with me, where we actually measure the height of oil in each tank, temperature, and density, and then come to independent calculations of final volume (which we then compare and which must agree)... well, this should take about 30-40 minutes. I know most of the guys and they're pretty good. I didn't know these guys yesterday. It took over 2 hours. So... another 90 minutes lost.

Anyhow, around the time I was *supposed to be* finishing this whole job, we were coming alongside a massive containership to start pumping it off. 12 hours late.

The chief engineer is pissed off. A young, kind of pissy Russian (rare to find one pleasant, to be honest) starts bitching at me as soon as we're all fast. I invite the guy in, and he's borderline rude, and whiny to boot. I let the guy go on. He's right to be upset, and he's not being insulting or anything, just kinda cunty. Eventually, as we work through each other's paperwork pile, and he's still bitching, I get to drop the first bomb. The cargo surveyors have yet to send me an analysis of the oil samples. No sane engineer is going to accept fuel that hasn't been tested. Engines have been ruined, guys have gone to jail over it Seriously. If the sulfur content alone is .01% higher than allowed, someone's gonna pay.
It normally takes 3 hours for sample results to get back to me, that is, from the moment the surveyor's sample man steps off the gangway to an email being sent to me, 3 hours. It's been 3 hours by the time I finish being yelled at by the engineer. So we get to wait.
Oh, he drops a bomb on me: They're leaving in about 7 hours. It will take me 7 hours to pump off this modestly-sized fuel order.
... and it takes 2 more hours for me to get the sample results back. 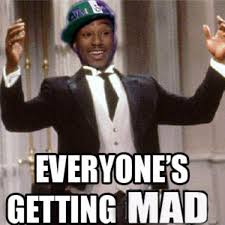 By this time the engineer has come down twice to vent his spleen at me, and on the second one, I, being someone who doesn't do well with being yelled at when I haven't actually done anything wrong, yell back. I have some information in my back pocket. His company leasesthe oil tanks we were loading out of. The bunker supplier who owns the oil is also a division of his company. THEY hired the surveyors, not me. The little fella never once accused us of  anything negative, just was angry, but it was his people dropping the ball.

Not long after I got loud at the guy, the sample results came in. There was a point somewhere where the job had just gone so far south that I was not all that upset anymore. We hit ludicrous speed, I guess. Anyhow, we got the pumps engaged and by this time I'd been up and about for well over 12 hours, so I handed off the job to my 2nd man, who, being green, was still pretty upset over how things had gone so badly when we were doing everything right on our end.
I took a shower and went to bed. We'd only be able to pump off about 60% of the fuel we had for this ship in the time we had, so it was all over but for the pumping and closing paperwork.

I hadn't slept well the day before, so I just crashed when I went to sleep. I never heard the pumps wind down, never heard the engineer yelling again at my second man, and never felt us sail off the ship. I woke up about 0430 to us rocking gently at anchor. Peaceful. On getting up, my second man, who had had time to wind down by this point, was still pretty upset. Apparently the engineer had not felt the need to be restrained and impersonal at the end of the discharge. My guy is super nice but his response to ugly situations like this is to be polite and perhaps a bit retiring and I know the guy finds it hugely stressful. That's sort of the opposite of my tendency to get aggressive and mean... and I know I could use a bit more being polite, though in this case it seemed only to encourage the engineer to be petty. Thankfully, the ship had to sail, so the guy ran out of time before he ran out of vitriol.
So, all said and done, it's over, and while for me  this was merely the most recent job that didn't go off well, and is at worst annoying and forgettable, it was a lot more than that for my right hand man, and I think he saw that there's a need to watch for certain personality types that  don't respect men who are respectful. Good training.

You were left with 40% of that special mixed oil? What happens to that?

The supplier will either have us pump it back ashore for mixing or reprocessing, or load an appropriate quality oil on top of it to bring it up to spec for whatever work for us they have that fits the bill.